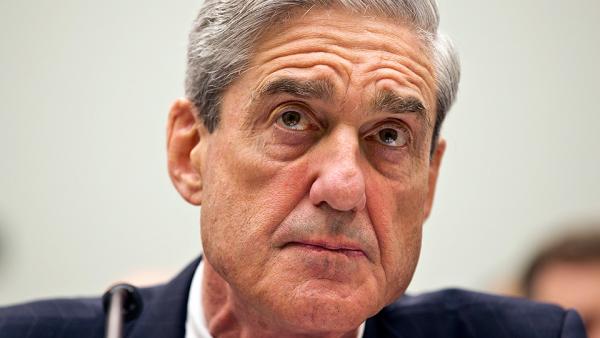 Amid reports that Robert Mueller’s Special Counsel probe into Russia’s meddling in the 2016 election has expanded, some Trump allies are again raising concerns that the investigation might be spilling over into areas that are beyond its intended scope.  Their suspicions against Mueller have been heightened by his personal and professional closeness with fired FBI Director James Comey, his decision to hire numerous Democratic donors onto his growing team, and various reports suggesting that he may be peering at evidence that arguably goes beyond the Russia matter.  As Leah wrote on Friday, respected conservative columnist Charles Krauthammer has begun sounding the alarm that if an enterprise that began as a serious examination of Russian malfeasance and potential collusion morphs into a fishing expedition in search of any possible crime that can be pinned on Trumpworld, a constitutional crisis could ensue.  Skip ahead to the two minute mark for the relevant exchange:

Meanwhile, Harvard law professor Alan Dershowitz — who’s frustrated his fellow liberals by frequently defending Trump against what he views as legal and political overreach — is questioning Mueller’s choice to impanel a grand jury in DC. It doesn’t get any more ‘blue’ than the nation’s capital, he argues, all but guaranteeing that the grand jury pool skews overwhelmingly Democratic.  If you want to bolster the White House’s claim that all of this is just a partisan “witch hunt,” that’s one way to do it (here’s an obvious rejoinder from David French).  Former federal prosecutor Andy McCarthy, who endorsed Robert Mueller’s professionalism when he was appointed as special counsel, while remaining skeptical of the probe itself, has been writing about how last week’s developments represent a marked shift in the nature of the investigation:

Sometimes, to vote yea or nay on a proposed indictment is not the grand jury’s only option. In certain situations, federal law authorizes a grand jury to file a report detailing its findings, even if criminal charges are not forthcoming. One such situation involves investigations of public officials. Instead of returning an indictment, a grand jury may issue a report that recommends an official’s removal from office…The special counsel could conclude that none of [the president’s conduct] rises to the level of prosecutable obstruction…Yet, the special counsel could also find that this behavior is in the nature of “conduct unbecoming” — maybe not indictable, but unsavory and abusive, especially on the part of a high public official. That, Mueller could reason, is why Congress empowered grand juries to issue reports…Once a grand jury has a plausible basis to issue a report about the noncriminal misconduct of a public official, the statute places no real limits on what may be in the report. If, in addition to a public official’s conduct while in office, the grand jury has also been exploring his conduct before taking office, its report may include that misconduct.

Nothing in the statute prevents it. The law’s only requirements are that the facts alleged must be supported by a preponderance of the evidence (i.e., not the higher criminal-law conviction standard of “beyond a reasonable doubt”), and the public official must have been given an opportunity to present any rebuttal evidence. Here, we must again recall that, in contravention of the regulations that govern special-counsel appointments, the Justice Department did not issue a jurisdictional mandate describing the factual basis for a criminal investigation. Mueller was instead assigned to conduct the Russia counterintelligence investigation. Because that was not a criminal investigation, Mueller’s probe was not confined to specified crimes. As a practical matter, there are no limits to his investigative warrant, and thus no limits to what a grand jury might inquire into — and ultimately allege in a report.

Is that where this might all be headed?  It’s far too early to tell, but it’s at least a plausible possibility.  But back to Krauthammer’s point: If Mueller and his team turn up strong evidence of prosecutable crimes related to Russia’s 2016 election interference, they should pursue justice aggressively, without fear or favor.  But if they’re sniffing around in unrelated areas in search of a crime, using malfeasance discovered well beyond the purview of Russia, Russia Russia to nail Trump, will been seen by many Americans as targeted, political, and illegitimate.  To that end, here’s Deputy Attorney General Rod Rosenstein — the man who triggered the special counsel investigation — telling Fox News Sunday anchor Chris Wallace that if Mueller wants to tread beyond Russia-related questions, he’d be required to seek permission to do so:

Rosenstein went on to assure viewers that Mueller is not engaged in a “fishing expedition:”

If special counsel Robert Mueller finds any crime outside the scope of the federal investigation into Russian interference in the 2016 election, then he’ll have to seek permission, Deputy Attorney General Rod Rosenstein said Sunday. “Bob Mueller understands and I understand the specific scope of the investigation, and so no, it’s not a fishing expedition,” he told host Chris Wallace on “Fox News Sunday.” Rosenstein appointed Mueller to oversee the federal Russia probe, which includes a search for possible collusion with the Trump campaign, back in May after President Trump fired FBI Director James Comey. Because Attorney General Jeff Sessions recused himself from the case, Rosenstein ultimately was given the power to hire, and fire if he has good reason, Mueller.

Don’t forget that Reuters reported late Thursday that at least some of the grand jury subpoenas are tied to the Donald Trump Jr. meeting with Russian nationals from last summer, the details of which strongly suggest that he was at least willing to collude with the Russian government to hurt Hillary Clinton’s campaign. Team Trump’s numerous obfuscations and shifting stories on this front have undoubtedly caught Mueller’s attention — with the president’s apparent involvement in the crafting of a deeply misleading initial statement (which his lawyer had previously denied on national television) about the June 2016 encounter not exactly helping the administration’s case that there’s nothing to see here. I’ll leave you with this, from former US Attorney Preet Bharara, a Democrat, who’s keeping his eye on the Michael Flynn ball: