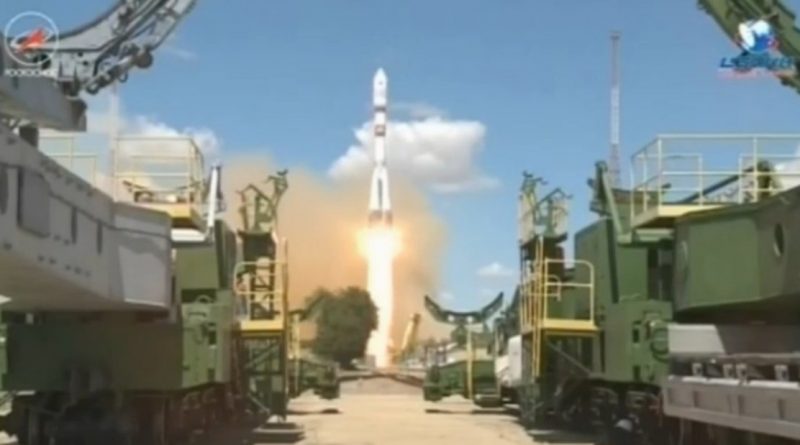 (AFP) An imaging satellite and 72 micro-satellites were launched into orbit Friday from the Baikonur cosmodrome in Kazakhstan, the Russian space agency Roscosmos and research centre Glavcosmos announced.

The Soyuz 2-1A rocket successfully lifted off at 0643 GMT with the satellite payload, Roscosmos said in a statement.

According to Russian news agencies, Glavcosmos, charged with putting the satellites into orbit, later reported that by 1441 GMT all the satellites had successfully separated. They were released into three different orbits.

“For the first time in the world, such a complex and large mission has been developed and implemented,” said Glavcosmos.

The primary payload, the Kanopus-V-IK satellite, is to provide wide-angle images of the Earth and will be used especially to detect forest fires or to update the topography of maps.

The 72 small satellites include those made by Japan, Germany and Canada along with 62 nanosatellites known as CubeSats, developed by the United States.