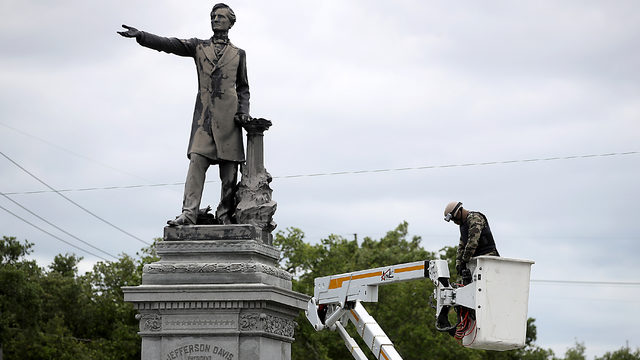 SHARPSBURG, Maryland – U.S. Interior Secretary Ryan Zinke told Breitbart News that “history is important” and it should not be rewritten when asked about those attempting to destroy or remove Confederate monuments while touring Antietam National Battlefield on Wednesday in western Maryland.

Zinke explained the significance of history, gesturing to the area around him, “As an example, what did the battle of Antietam bring us? One is that it was the deadliest battle in the history of our country. But also, one could argue successfully, it also brought the Emancipation Proclamation.”

“So there is goodness that came out of this battlefield,” he continued. “Recognizing that two sides fought, recognizing [the]historical significance of a change in our country… so I’m an advocate for recognizing history as it is. Don’t rewrite history. Understand it for what it is and teach our kids the importance of looking at our magnificent history as a country and why we are who we are.”

Zinke was at Antietam to announce that President Donald Trump’s first quarter salary will help restore the historic battlefield.

Zinke heads the Department of Interior, which oversees the National Park Service, as well as many other bureaus dedicated “to manag[ing] America’s vast natural and cultural resources.”