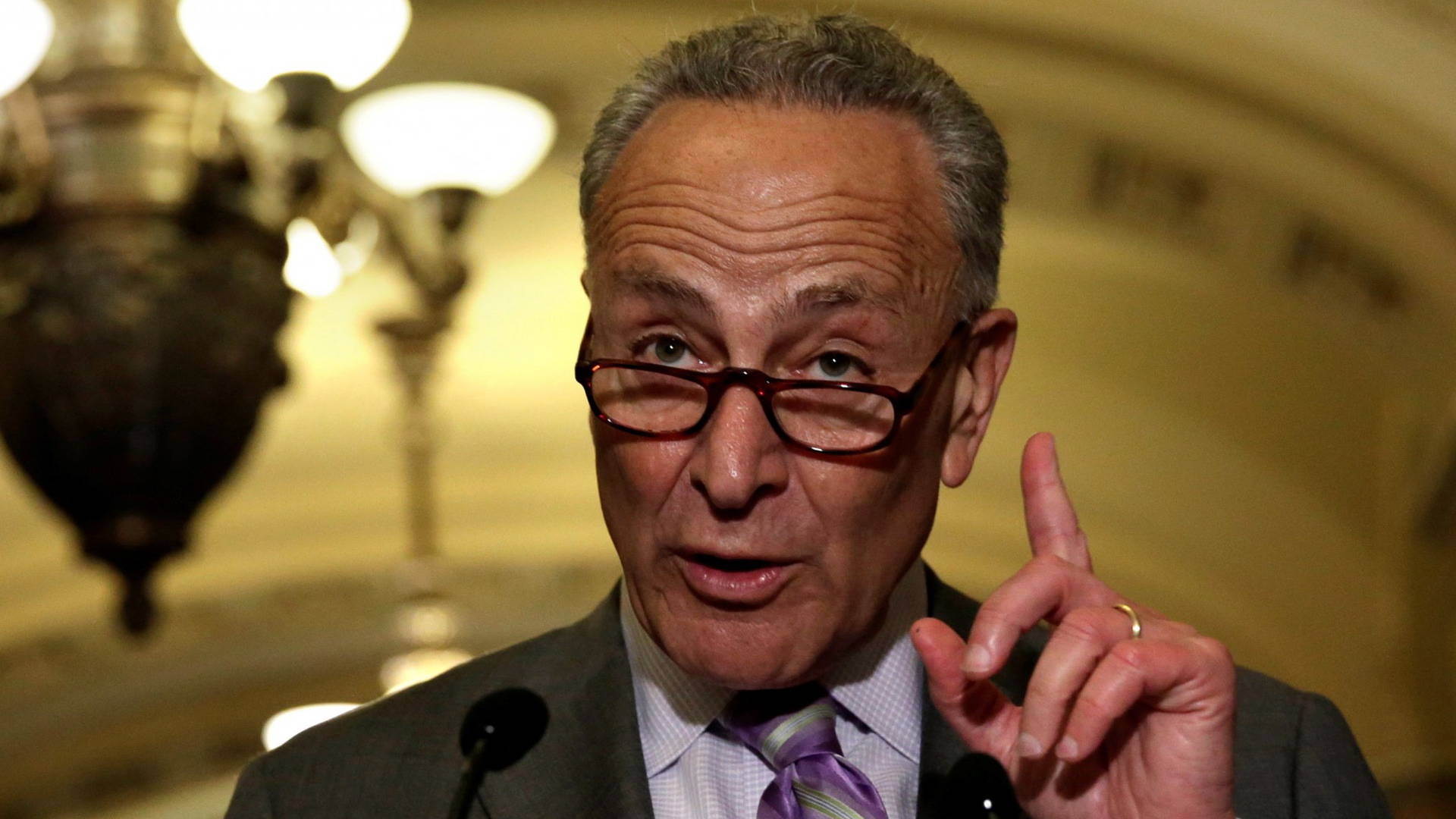 Senate Minority Leader Chuck Schumer (D., N.Y.) says Democrats will attempt to use a “must-pass” bill to dissolve President Donald Trump’s voter fraud commission if the president does not end the commission voluntarily.

In an op-ed published Thursday, Schumer argued that if the president wants to show his commitment to rejecting white supremacy, he will dissolve the commission.

“If the president wants to truly show that he rejects the discrimination agenda of the white supremacist movement, he will rescind the executive order that created this commission,” Schumer wrote.

And if @POTUS won’t disband the Election Integrity Commission, @SenateDems will try to do it on a must-pass bill in September.

Schumer plans to call for public hearings on voting rights in September when Congress is back in session, the Hill reported.

“Experts can discuss policies like same-day registration” at public hearings, Schumer said in the op-ed.

Trump created the Election Integrity Commission via an executive order in May following his claims of voter fraud during the 2016 presidential election. The president has been criticized for exaggerating claims of voter fraud, and the commission has received pushback from states. A number of states objected to the commission’s request for voter roll data over privacy concerns.

Some Democrats argue that the true intentions of the commission are more nefarious than advertised. They argue Republicans aim to restrict voting rights in order to impact voters—including minority voters—who more often vote Democrat.

“There seems to be no limit to how far Republicans will go to disenfranchise certain voters,” Perez said.

According to the White House, the purpose of the commission is to study vulnerabilities in the U.S. voting systems. It planned to evaluate voter suppression and voter fraud, both in terms of registration and actual voting.

Republicans have argued some voting requirements are “common sense,” and action is necessary to ensure those who vote do so legally.

“They are a ruse,” Schumer wrote in reference to the commission’s actions. “Their only intention is to disenfranchise voters. This is how the appalling failure to use the right words and stand up to hate in the aftermath of Charlottesville is made in the form of policy; they are two edges of the same sword.”