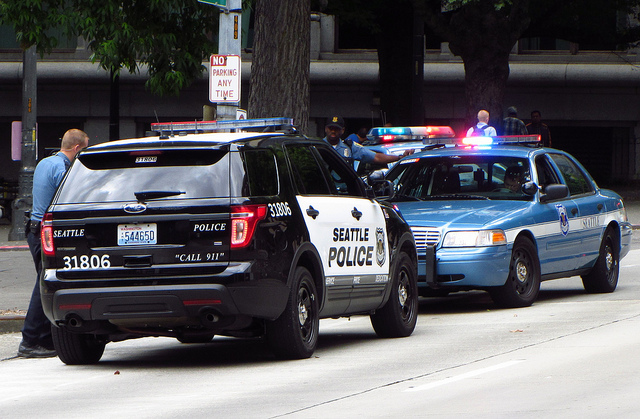 The city of Seattle will pay a Black Lives Matter activist $85,000 to settle his complaint that he was targeted and ruffed up during a 2014 arrest, despite a Seattle Police Department investigation that showed the officer did nothing wrong.

Ironically, the giveaway comes amid a barrage of complaints about a recently added “City of Seattle Sweetened Beverage Recovery Fee” that’s generating new revenue for the city.

The settlement stems from a civil rights lawsuit filed by Black Lives Matter activist Jorge Torres, who staged several Black Lives Matter protests in 2014, that alleged racist Seattle police targeted him because he’s Hispanic, then ruffed him up during an arrest for “reckless endangerment” and “pedestrian interference” during a rally, The Stranger reports.

Prosecutors later dropped the charges against Torres, who sought dash cam footage from the incident that captures an officer urging others to “just get that wet-ahh.”

Torres, his lawyer, and the Community Policing Commission alleged that the video showed that the officer had just stopped short of calling Torres a “wetback.” Another dash cam recording captured an officer saying, “If we can get him for pedestrian interference or something along those lines, we’ll deny them their leader… A small Hispanic male—he’s got a megaphone who appears to be the leader of the group at this time.”

About two years after Torres’ arrested, he filed a lawsuit that also alleged officers used excessive force and intentionally inflicted emotional distress when they falsely arrested him.