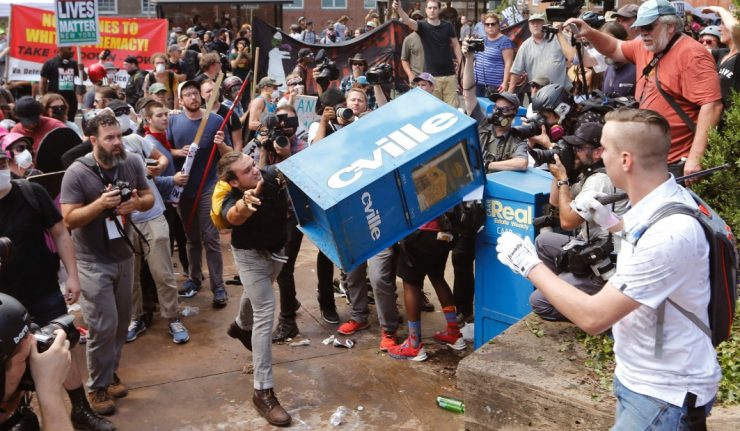 On Saturday, a crowd of alt-right white supremacists, neo-confederates, and Nazi sympathizers marched in Charlottesville, Va.; they were confronted by a large group of protesters including members of the Marxist Antifa — a group that has time and again plunged volatile situations into violence, from Sacramento to Berkeley. There’s still no certain knowledge of who began the violence, but before long, the sides had broken into the sort of brutal scrum that used to characterize Weimer-era Germany. The two sides then carried the red banner and the swastika; so did the combatants on Saturday.

Then a Nazi-sympathizing alt-right 20-year-old Ohioan plowed his car into a crowd of protesters, killing one and injuring 19. The president of the United States promptly failed egregiously to condemn alt-right racism; instead, he opted for a milquetoast statement condemning “hatred, bigotry, and violence on many sides.”

The Left leapt into action, declaring Trump’s statement utterly insufficient — which, of course, it was. But they then went further, declaring that Antifa was entirely innocent, despite Antifa’s launching into violence against pro-Trump marchers in Seattle over the weekend, as they have in Sacramento and Berkeley; berating New York Times journalist Sheryl Gay Stolberg for having the temerity to report that “the hard left seemed as hate-filled as the alt-right”; and suggesting that all conservatives were, at root, sympathizers with the Nazi-friendly alt-right.