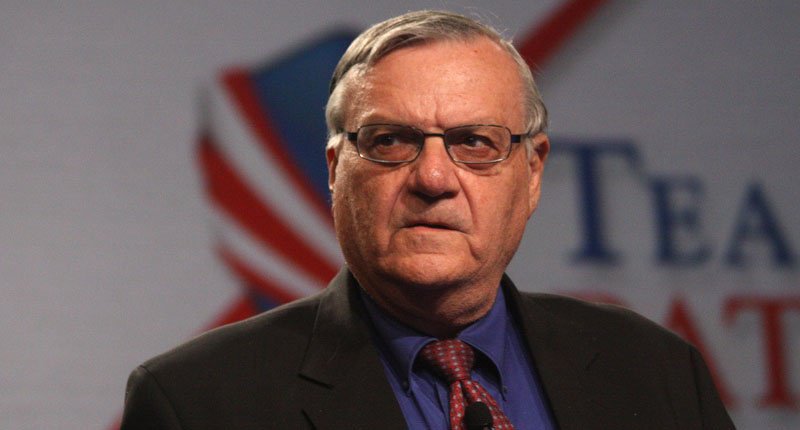 Arizona politics might get a lot more interesting after former Sheriff Joe Arpaio mused to the Washington Examiner on Monday about challenging Senator Jeff Flake for his Senate seat.

“The former Maricopa County sheriff told the Washington Examiner he’s upset at negative reaction to the Friday pardon, and that he feels Republican politicians are insufficiently supportive of the president, who he calls a great man.

“I’m sure getting a lot of people around the state asking me” to challenge Flake, said Arpaio, who served 24 years as sheriff before losing reelection in 2016. “All I’m saying is the door is open and we’ll see what happens. I’ve got support. I know what support I have.”

Arpaio said he swore off another candidacy in January, when he left office, but that “with what I’ve seen happening in recent months, especially what’s happening with our president, I said, ‘Hey, why not?’”

“Regarding the Arpaio pardon, I would have preferred that the President honor the judicial process and let it take its course,” tweeted Flake.

The White House issued the following statement concerning the pardon:

White House press secretary Sarah Huckabee Sanders had said earlier this week that Trump would make an announcement on Arpaio at an “appropriate time.”

Trump had hinted at a rally in Phoenix on Tuesday that he was preparing to pardon the controversial former sheriff who was convicted of criminal contempt.”

Arpaio was convicted July 31 of criminal contempt by a federal judge for disobeying a federal order on detaining individuals suspected of being in the U.S. illegally.