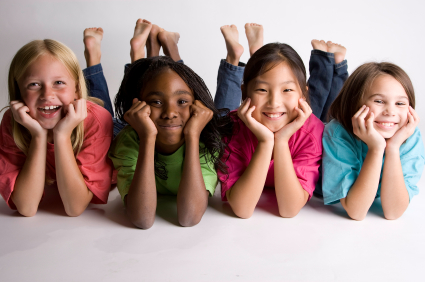 Law professor asks, “Can my children be friends with white people?”

On Sunday, The New York Times published an op-ed by Yeshiva University law professor Ekow N. Yankah, questioning whether, in the era of Trump, black parents should allow their children to integrate, in any way, with their white peers.

According to the piece, Yankah, who is black, says he’ll be teaching his two sons to “have profound doubts that friendship with white people is possible” and that segregation, based on color lines, may be the only way to avoid the need for black children “to abandon personal regard and self-worth.”

Yankah is no academic slouch. He has degrees from the University of Michigan, Columbia University and Oxford University, but appears to fall prey to a sort-of Trump derangement syndrome that’s befallen plenty of academics over the last year. Indeed, it’s Trump — and Trump’s supporters — that Yankah blames for forcing him to self-impose segregation.

Yankah claims that those who voted for Trump “are practiced at purposeful blindness,“ and “have watched racial pornography, describing black America as pathological,” and that:

Only white people can cordon off Mr. Trump’s political meaning, ignore the “unpleasantness” from a position of safety. His election and the year that has followed have fixed the awful thought in my mind too familiar to black Americans: “You can’t trust these people.”

But that’s not all. Although Yankah could probably find plenty of ideological allies among white leftists, he believes that the probability of encountering someone who believes differently from him is far too high, so long as he and his children continue to interact with anyone of a different race. So despite their best efforts, those who vote Democrat are among Yankah’s enumerated enemies.

The same is true, unfortunately, of those who hold no quarter for Mr. Trump but insist that black people need to do the reaching out, the moderating, the accommodating. Imagine the white friend during the civil rights era who disliked blacks’ being beaten to death but wished the whole thing would just settle down. However likable, you could not properly describe her as a friend. Sometimes politics makes demands on the soul.

“For African-Americans, race has become a proxy not just for politics but also for decency,” Yankah continues. “White faces are swept together, ominous anxiety behind every chance encounter at the airport or smiling white cashier. If they are not clearly allies, they will seem unsafe to me.”

The answer, he says, is a segregated society, where those of different races can interact, but never be friends — the nearly precise opposite of Dr. Martin Luther King, Jr.’s vision at the dawn of the Civil Rights Era.