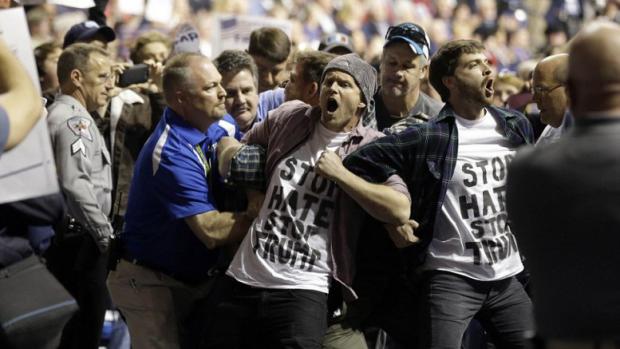 The organization behind a protest in New York City against President Donald Trump’s travel ban is funded by left-wing financier George Soros.

Many local media reports did not question the organized nature of the action, nor its primary funders.

Another funder of the New York Immigration Coalition is Kay Murray, a New York City lawyer who has also deep ties to the Soros organization.

Trump’s travel ban was partially reinstated for 90 days while the Supreme Court awaits a final ruling on the executive order, which shuts down refugee resettlement and travel from Iran, Libya, Somalia, Sudan, Syria, and Yemen.

The travel ban was previously shot down by lower courts, with judges using Trump’s campaign trail statements to block the measure.

Trump’s travel ban is designed to protect Americans from national security threats via the refugee resettlement program, where foreign nationals from terrorist-sanctioned nations can potentially seep through the cracks of the vetting process.

Every year, the refugee resettlement program resettles hundreds of thousands of foreign nationals into the U.S. from some of the most dangerous parts of the globe.

A recent poll of Americans found that the majority of voters, especially the working-class, support Trump’s plan to halt refugees through the travel ban, Breitbart Texas reported.