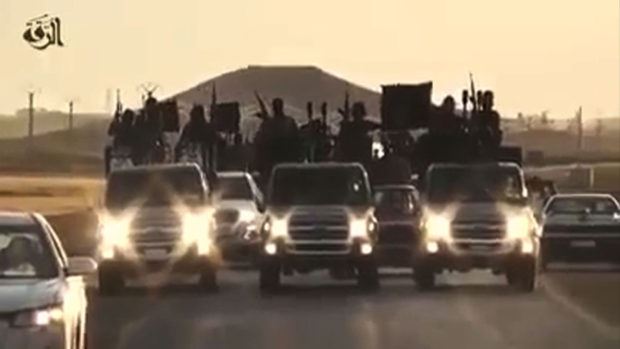 Yesterday, a madman with an automobile drove through a bicycle lane and injured over a dozen people, killing a half-dozen more. He stopped his truck, got out, and shouted a phrase that we’ve come to expected in these types of situations.

A maniac with access to guns that no normal person could easily gather perched himself in a hotel room and rained terror down into a music festival below. To this day, we have no motive, no logic, no reason, except the compulsion to kill.

In my state, Louisiana, Baton Rouge and New Orleans lead in homicides. In the Middle East, countless acts of guerrilla-style attacks and massacres of innocent lives are an everyday occurrence.

All of these acts have something in common. They are acts of evil, yet we refuse many times to call it such.

Oh, sure, we use fancy terms like “terrorism” or “senseless murder,” but the reality of the situation is that the acts that lead to these events are all inherently evil. There is nothing that justifies the murder of innocent lives for the sake of a religious or political agenda.

Yesterday’s attack in Manhattan was an act of Islamist terror. The suspect left a note giving credit to ISIS. He shouted “Allahu Ackbar” upon getting out of his vehicle. We see these attacks on our own soil, across Europe, and in the Middle East, North Africa, and elsewhere. These people belong not to a religion, but to a death-worshiping cult. Extremist Islamism is a perversion of the Islamic faith.

But, it is people who conflate the two, who say that we can’t in any way tie it to Islam or else we’ll just make more of these terrorists, who do the most damage. They refuse to call evil what it is. They refuse to acknowledge the evil, death-worshiping cult for what it is, and in doing so, they muddy the waters where clear objectives should be seen.

The shooting in Las Vegas was an act of evil. A man took human life for, seemingly, no reason at all (if he had a reason, we still don’t know about it). In an act of pure evil, he slaughtered many of our countrymen.

The problem we face is that we live in a world of moral relativism. We live in an era where you cannot say someone is wrong because they just believe differently than you do. You can no longer, despite what CNN says, call an apple and apple, nor can you call a banana a banana. But, you can take the peel off the banana, remove the fruit inside, turn the peel inside out, and then call it something else just because you always felt that’s what that banana should have been from the beginning.

There is no mental illness in the realm of sexuality. There is no “Islam” in “Islamist terror.” There is no evil because we can’t bear to let someone know what they are doing is wrong or bad.

Acknowledging that this evil exists doesn’t automatically make the evil go away. What it does do, however, is open our minds to the possibility that some people and some ideas are completely unacceptable.