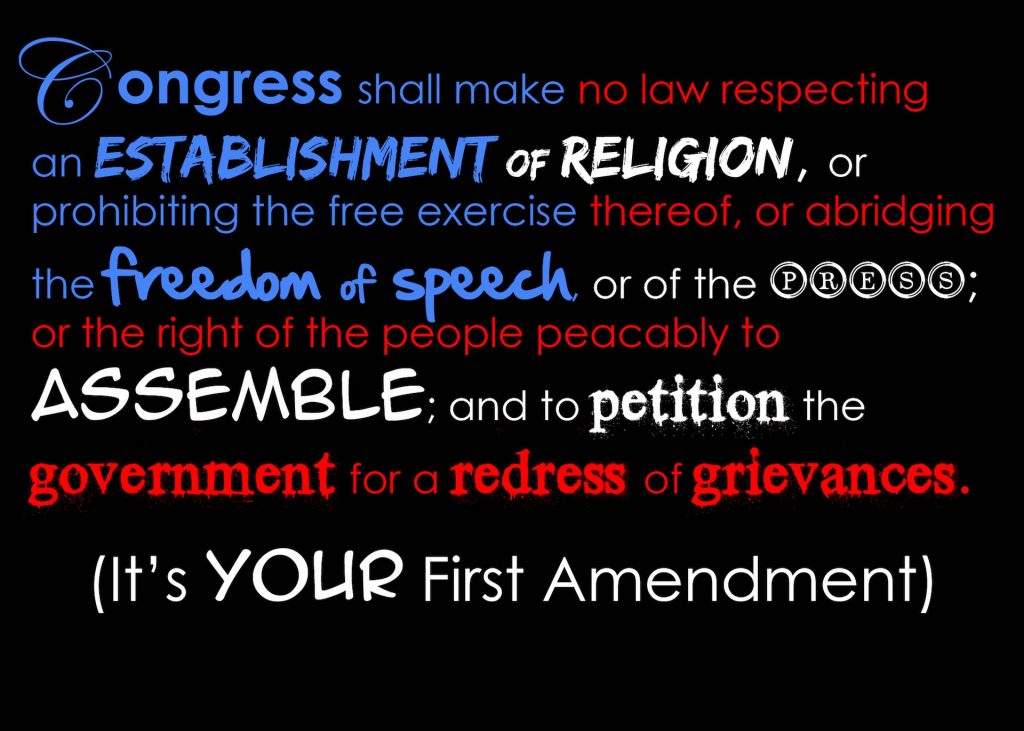 Do they understand that they’re asking for the government to police our speech? A group of students at Western Washington University used their own right to free speech to disrupt a pro–free-speech lecture — calling the idea of complete free speech “violent” — and apparently, they don’t understand the irony.

According to an article in the school’s official student newspaper, the Western Front, Professor Jonathan Zimmerman was about to begin his “Censorship and Free Speech in the Age of Trump” lecture when he was disrupted by a group of students carrying signs reading “Advocating for the right to racist, sexist and transphobic speech is violent” and “Your safe space is violent.”

The First Amendment protects all kinds of speech. Yes, even hate speech, and it should. Why? Well, because if it didn’t, then the government would have the power to decide what did and did not qualify as “hate speech” — and the corresponding power to silence any speech that it deemed unacceptable.

It’s tempting to think that laws that would silence only, say, “sexist” speech would be good for society, but it becomes a lot more complicated when you consider how subjective the term “sexist” can be. In recent years, we’ve seen people in the social-justice crowd declare everything from hating pumpkin-spice lattes to the word “too” to be “sexist.” Of course, those student protesters might agree with some of that leftist ideology, but there’s a zero percent chance that they’d agree with everyone’s idea of sexism.

The most puzzling thing about all of this is: If you were to ask these student protesters, they’d probably say that they don’t want Donald Trump and the Republican-majority Congress to have the power to limit what they can and cannot say — and yet, that’s exactly what the words on their signs are demanding. I’d really encourage them to rethink it. It’s certainly admirable to use your voice to speak out against hateful speech, but calling for the government to silence it is taking the risk that one day you’ll be silenced, too.

(By Katherine Timpf and first reported by the National Review)  http://www.nationalreview.com/article/454366/free-speech-student-protests-against-first-amendment  (December 6, 2017)