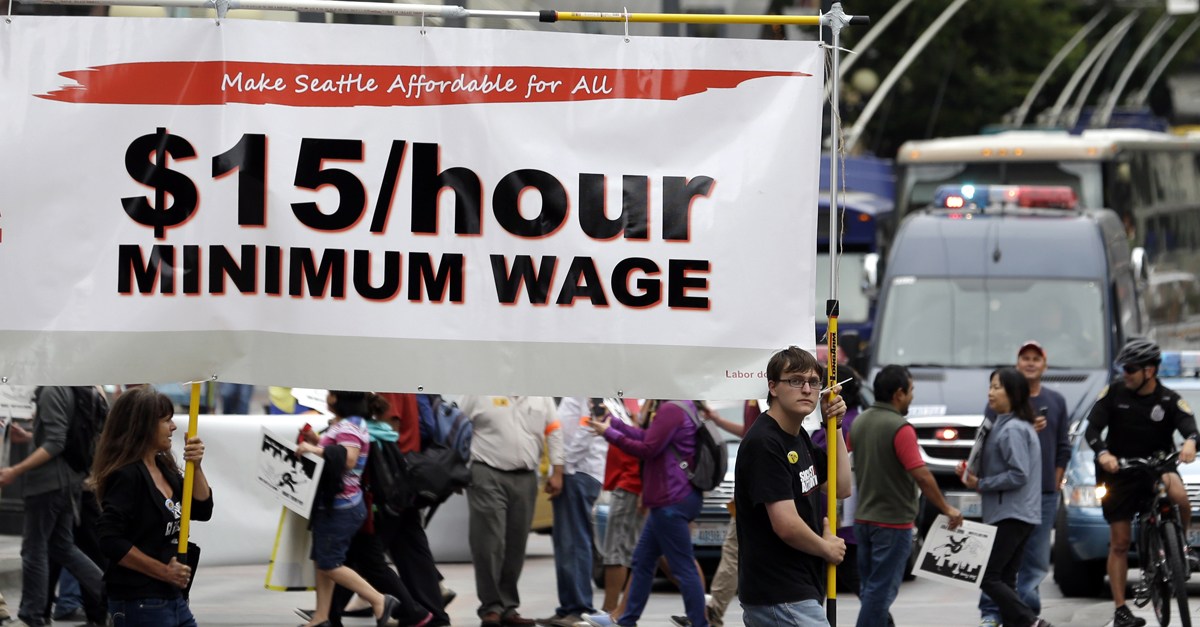 A new study from the University of Washington says that Seattle’s minimum wage hike is hurting the very workers it was supposed to help.

The study published in the National Bureau of Economic Research found that the city’s wild hike in the wage to $13 last year caused employers to cut hours, layoff workers, and eliminate jobs

In fact, the higher wage actually cut employees’ salaries by lowering their take home pay by $125 a month, the Blaze noted.

But that isn’t the worst of it. Not only did many workers lose their jobs and others have their take home pay cut, but the study also found that the higher minimum wage cost the city an additional 5,000 jobs that would have been created if businesses could have expanded at the rate seen before the new wage was forced upon them.

The new jobs could have added up to 3.5 million hours of work for Seattle workers, according to the liberal FiveThirtyEight blog.

Predictably, the higher wage actually hurt the very workers it was supposed to help, according to Jacob Vigdor, UW researcher and co-author of the study.

“The goal of this policy was to deliver higher incomes to people who were struggling to make ends meet in the city,” Vigdor said. “You’ve got to watch out because at some point you run the risk of harming the people you set out to help.”