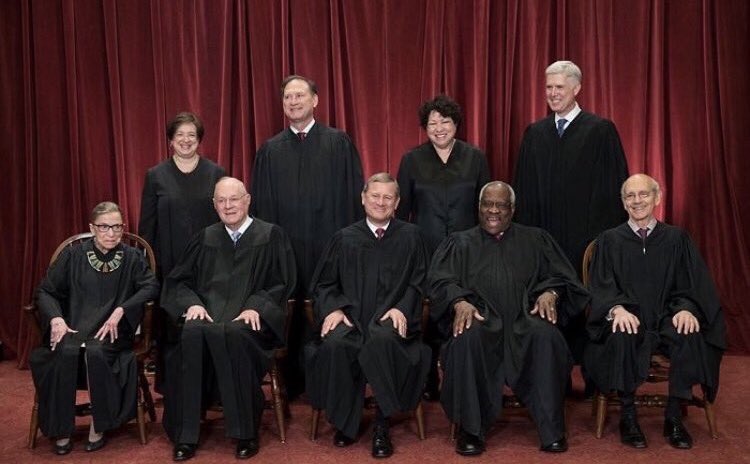 In its latest ruling on President Trump’s travel ban, the Supreme Court gave the green light to a broader list of close family members who can get visas to travel to the U.S. during the 90-day period the president’s executive order is in place.

The move declined to put an end to a federal judge in Hawaii’s ruling, which said the State Department’s initial list of close family members was too restrictive and declared grandparents, aunts, uncles, cousins, nieces, nephews, and siblings-in-law should also be considered close family members and exempt from the travel ban.

But, in a partial win for the Trump administration, the justices blocked a separate part of the federal judge’s ruling regarding refugees who have no family ties in the country.

The state of Hawaii had argued that any refugee who had an arrangement with a U.S.-based aid group to come to the U.S. should also be exempt from the travel ban. The justices said the Ninth Circuit Court of Appeals, based in California, should decide that question.

That means that up to 24,000 refugees who already have been assigned to a resettlement organization will not be able to be admitted.

The executive order applies to visa applicants from Iran, Libya, Somalia, Sudan, Syria and Yemen and imposes a 120-day ban on refugees from anywhere in the world.

The court’s brief order was unsigned, but the court’s three most conservative members, Clarence Thomas, Samuel Alito, and Neil Gorsuch, said they would have put the entire Hawaii ruling on hold. (NBC)

The Court will fully review the travel ban during its new term on Oct. 10.