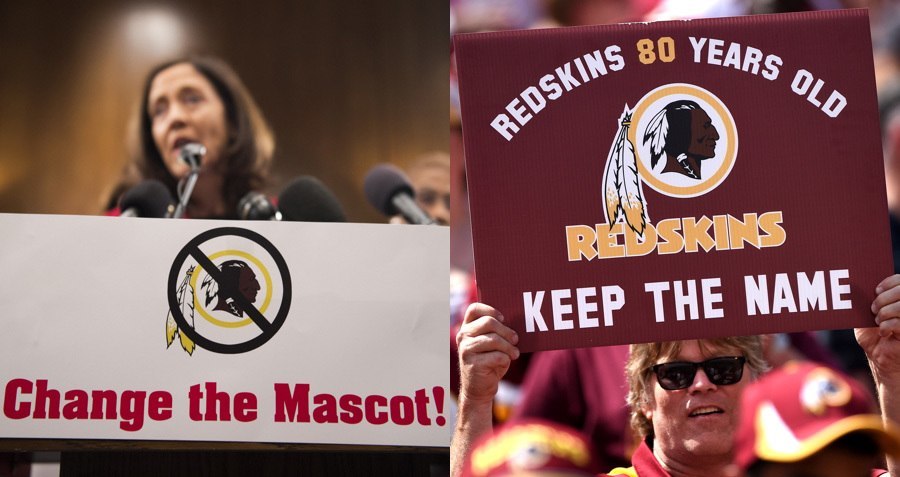 As the U.S. Supreme Court continues to announce its decisions for its most recent session, the high court affirmed that Americans could trademark names even if they are “offensive” to some. The decision clears the way for the Washington Redskins to beat back claims that its name should not be allowed trademark status because some left-wingers are “offended” by it.

The Court ruled unanimously in favor of an all-Asian rock band that wanted to call itself “The Slants.” The case came before the Court because the U.S. Patent and Trademark Office denied the band the right to trademark its name because “slant” was an “offensive” term.

In Lee v Tam, the band said that America’s First Amendment rights should allow the trademarking of words or phrases that some might find offensive.

Indeed, the lead singer of the band insisted that his use of “slant” was an effort to “reclaim” the word for his ethnicity:

BREAKING: #SCOTUS says law that barred the Washington Redskins from registering their name as a trademark is unconstitutional. pic.twitter.com/Gpe8Wgnj5u

In its unanimous ruling, the Court decided that the members of the rock band were correct, the Washington Times reported.

“Speech may not be banned on the ground that it expresses ideas that offend,” Justice Samuel A. Alito Jr. said in the ruling.

Speaking in favor of the ban on offensive trademarks, government lawyers argued that the federal government’s role in approving names and phrases would mean the government is giving its imprimatur to those offensive names and is, therefore, a form of “government speech” that can be regulated.

The government also argued that its duty to buttress trademark holders to take violators to court could mean that government should have full control over the matter.

The Court rejected these notions saying that the names and phrases come from the public, not the government, and should be protected speech.

“Holding that the registration of a trade-mark converts the mark into government speech would constitute a huge and dangerous extension of the government-speech doctrine, for other systems of government registration (such as copyright), could easily be characterized in the same way,” Justice Alito continued in the opinion.

“Speech that demeans on the basis of race, ethnicity, gender, religion, age, disability, or any other similar ground is hateful; but the proudest boast of our free speech jurisprudence is that we protect the freedom to express ‘the thought that we hate,’” Alito added.

“The Supreme Court vindicated the Team’s position that the First Amendment blocks the government from denying or canceling a trademark registration based on the government’s opinion,” Redskins’ attorney Lisa Blatt said in a statement after the SCOTUS released its opinion.

The Redskins may not be automatically set for approval of its trademark requests, but this ruling underscores the team’s case.