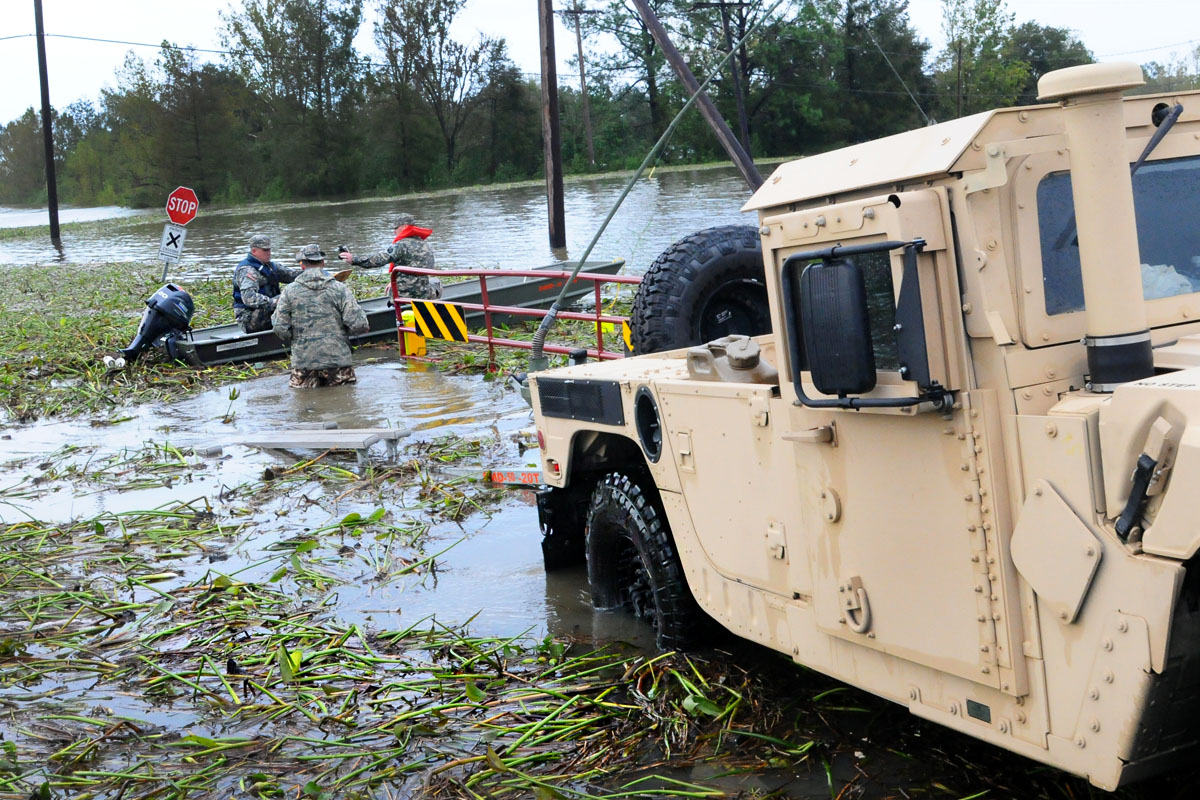 The same is true of rescue helicopters formerly used by the military and high axle vehicles that can drive through water, Hosko added. All are examples of surplus military equipment that police previous obtained through a Defense Department program, which was restricted by an executive order from President Barack Obama in 2015—an executive order President Donald Trump plans to reverse.

The Defense Department program, known as the 1033 program, provides certain surplus military equipment to local law enforcement. It came under intense scrutiny after images of police military equipment on the streets during protests in Ferguson, Missouri, in 2014.

Attorney General Jeff Sessions first announced that Trump is issuing his own executive order reversing Obama’s action Monday when speaking at the at a conference for the Fraternal Order of Police in Nashville.

“He is rescinding restrictions from the prior administration that limited your agencies’ ability to get equipment through federal programs, including life-saving gear like Kevlar vests and helmets and first responder and rescue equipment like what they’re using in Texas right now,” Sessions said, adding, “Equipment like helicopters and armored vehicles are also vitally important to emergency and disaster response efforts.”

The recommendations issued pursuant to Executive Order 13688 do not reflect the policy of the executive branch. All executive departments and agencies are directed, as of the date of this order and consistent with Federal law, to cease implementing those recommendations and, if necessary, to take prompt action to rescind any rules, regulations, guidelines, or policies implementing them.

The attorney general said $5.4 billion already spent by taxpayers on equipment and gear is still in use. In some cases, it protected police officers responding to terrorist attacks such as the 2015 San Bernardino, California, shooting and the 2016 Pulse nightclub shooting in Orlando.

“These are the types of helmets and gear that stopped a bullet and saved the life of an officer during the Orlando nightclub shooting,” Sessions told the Fraternal Order of Police crowd. “This is the type of equipment officers needed when they pursued and ultimately killed terrorists in San Bernardino.”

Hosko still wants to see the details of Trump’s order, but he welcomed the change.

“The initial executive order by President Obama was another typical Obama reflexive anti-cop response that was not well thought out,” said Hosko, a former assistant FBI director.

Congress should step in to either fix or scrap the 1033 program, said Janai Nelson, associate director-counsel with the NAACP Legal Defense and Educational Fund, calling Trump’s move “exceptionally dangerous and irresponsible.”

“Just a few summers ago, our nation watched as Ferguson raised the specter of increased police militarization,” Nelson said in a statement. “The law enforcement response there and in too many places across the country demonstrated how perilous, especially for black and brown communities, a militarized police force can be.”

“The president’s decision to make this change in the wake of the tragedy in Charlottesville and against a backdrop of frayed relations between police and communities of color further reflects this administration’s now open effort to escalate racial tensions in our country.”

John Malcolm, head of the Institute for Constitutional Government at The Heritage Foundation, warns there is reason to be cautious with the program without curtailing it.

“On occasion such equipment can be overused by police,” Malcolm told The Daily Signal, adding that this can escalate rather than de-escalate a situation.

“But when you need it, you really, really need it, and it can result in saving lives,” Malcolm added. “Better training and better guidelines are the answer. But it should be available. Now, as we speak, this equipment is being used in Houston to save lives.”

The 1033 program, named for Section 1033 of the 1997 National Defense Authorization Act, stems from a concept first introduced in the 1990 defense spending bill when pistol-carrying police were forced to contend with machine gun-wielding drug criminals. Many cash-strapped local police and sheriff’s offices couldn’t afford equipment, so they applied to the Defense Department for military rifles, armored vehicles, night vision goggles, body armor, riot shields, and camouflage uniforms.

The Defense Department recalled at least 100 grenade launchers, more than 1,600 bayonets, and 126 armored vehicles as of December 2016, the Associated Press reported.

Hosko said local law enforcement only used grenade launchers for tear gas, which he said would have likely been useful during the rioting this month in Charlottesville, Virginia.

Sessions also noted problems that law enforcement faced after having the equipment taken back.

“One sheriff told me earlier this year about how, due to the prior administration’s restrictions, the federal government made his department return an armored vehicle that can change the dynamics of an active shooter situation,” Sessions said.