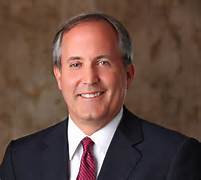 Texas Attorney General Ken Paxton (R) indicated during an interview with Fox News’s Brian Kilmeade that the response to the Texas church shooting should be more armed law-abiding citizens rather than more gun control.

Paxton pointed out that there were numerous laws already on the books, including “laws against murder,” and the attacker violated those laws without hesitation. He observed, “So adding some other gun law, I don’t think would in any way change this guy’s behavior.”

It’s not clear to me that [the attacker] wasn’t already prevented from having a gun, given his history in the military. What ultimately may have saved some lives is … people that were outside the church that actually had guns that may have slowed this guy down and actually pursued him. So I would rather arm law-abiding citizens and make sure that they can prevent this from happening as opposed to trying to pass laws that would prevent law-abiding citizens from having guns.

On November 5, Breitbart News reported that a witness to the Sutherland Springs church shooting recounted that his neighbor grabbed a rifle, “took cover behind a car,” and shot at the attacker, thereby ending the attack.

Our neighbor, who’s a very good guy, a very big Christian, he’s the nicest person on the planet [and] will do anything for anyone around here. We’ve known him for years; he’s childhood friends with my dad. He came with his [gun], and he took cover behind a car, and he shot the guy. I’m not sure if it was inside the church and the guy was coming out, but if it wasn’t for him, the [attacker] would not have stopped.