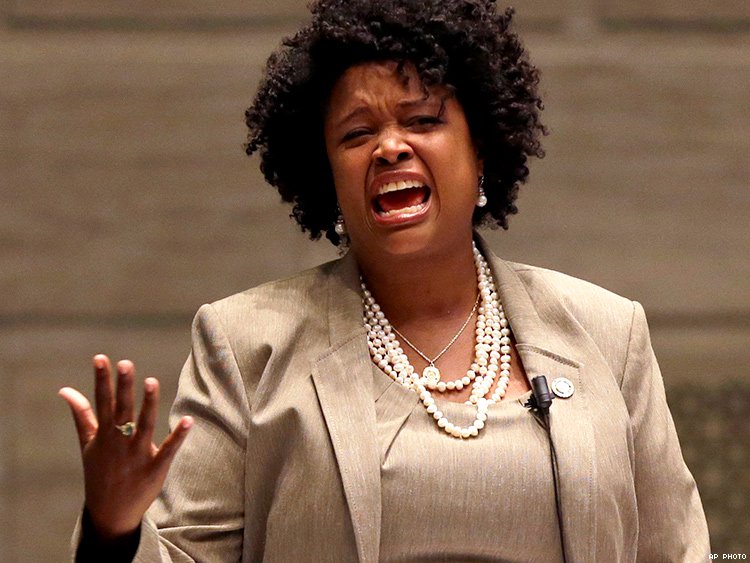 Missouri State Sen. Maria Chappelle-Nadal was formally reprimanded by the state legislature for hoping on Facebook for President Donald Trump to be assassinated. Now, she’s back with another online dig at the president, this time comparing him to Hitler.

The meme draws from a controversial Dove ad which was criticized as racist for showing a black woman taking her shirt off and appearing to become a white woman.

Not to be outdone, Chappelle-Nadal has added her own level of controversy to the ad campaign. And this time, don’t expect any apologies or retractions.

According to the Associated Press, Chappelle-Nadal shared the picture because she was angry about Trump’s tweets regarding Puerto Rico. She said she has family in Puerto Rico who she still hasn’t heard from, so she takes it very personally.

In the wake of the Charlottesville, Virginia Unite the Right rally and subsequent violence, Chappelle-Nadal posted in a Facebook comment that she hoped Trump would be assassinated.

She eventually apologized after she was overwhelmingly condemned by the public and her colleagues, with some calling for her resignation.