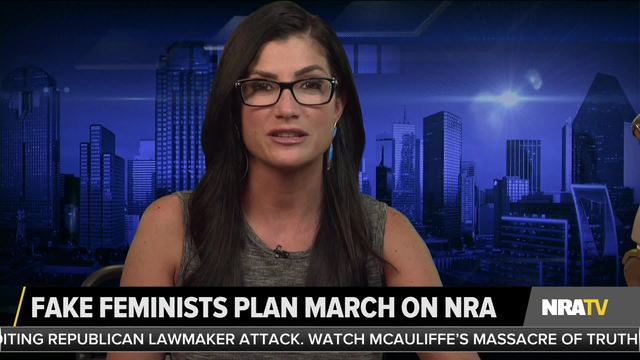 You may have heard that the organizers behind the massive Women’s March that descended on Washington, D.C. the day after President Trump’s inauguration, are staging another protest in the nation’s capital – this time against the National Rifle Association.

The NRA had some friendly advice.

In a separate tweet, a female NRA member and spokeswoman Antonia Okafor tells the Women’s March that they do not speak for her.

"Let me be clear, leaders of the @womensmarch, you do not, have not and will not ever speak for me" @antonia_okafor. #NRA2DOJ #FakeFeminist pic.twitter.com/McNG2n0Wk7

Okafor witnessed the inaugural Women’s March firsthand. It was, she said, an “anti-Trump, anti-gun propaganda machine.”

She goes on to point out the radical rhetoric spewed by the Women’s March organizers and founders. Co-organizer Linda Sarsour called for “jihad” against President Trump and has praised Sharia Law.

They are “fake feminists,” Okafor concluded.

Gun rights advocate Dana Loesch has also been on a one-woman crusade against the Women’s March nonsense. She appeared on Tucker Carlson’s Fox News program Thursday night echoing Okafor’s sentiments. Like Okafor, she is incensed that the liberals behind the Women’s March think they have a “patent” on being female. She pointed out that during their January protest, the organizers banned pro-life groups from participating.

As for what the marchers are demonstrating against, Loesch said, “I’m not even sure they know what they’re upset about.”