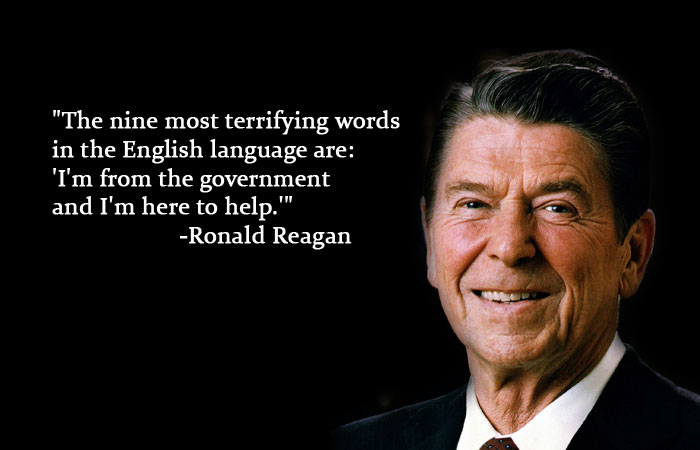 You’ll excuse me for being skeptical, given the intellectual hackery masquerading as historical context that Brinkley recently served up on CNN.

I featured Brinkley’s false witness-bearing on my CRTV show’s “Fake News or Not” segment and labeled it perhaps the fakest news I’ve ever highlighted. And let me tell you, in the current cultural and political environment we are wallowing in, that is a very high bar.

But there Brinkley was, talking down Vice President Mike Pence’s assertion that President Trump is the new Reagan. On that premise alone, I shared Brinkley’s contempt for such a silly comparison — for a nanosecond. Until he kept talking and the feces began flowing freely. Because always remember: The biggest lies need to start with at least a partial truth.

Brinkley called Reagan “optimistic. Genial. Non-menacing. Open-hearted toward LGBT people. Towards the border and immigration … he couldn’t stand to have dissent or to have enemies.”

I know. You, too, remember, all those “non-menacing” good times over the years when liberals never even mentioned anything about Reagan being stupid, an amiable dunce, or a warmonger who hated the poor. Yeah, me neither.

And man, Reagan totally couldn’t stand dissent — like that time he called our enemies an “evil empire” while Ted Kennedy was toasting them.

Oh, and regarding the Rainbow Jihad, we didn’t even know what LGBT was in the Reagan years. Heck, that could’ve been the acronym for the competitor to TGI Friday’s, for all we knew, but offering even better onion rings during happy hour. Or maybe Brinkley simply forgot his beloved “LGBT people” literally blamed Reagan for AIDS. No, really, that happened.

The Left called Reagan everything but Satan incarnate, which is why your Spidey senses should be tingling all over as one of them now tries to posthumously rehabilitate him.

Yes, Reagan was optimistic. So optimistic that not only was he not averse to making enemies, but he knew all the right ones to make and viewed it as a moral imperative to make them. Because that’s what you do when you actually love your country and believe in its founding principles. You defend it against all enemies, foreign and domestic.

Yes, Reagan was genial. But that was also in comparison to a dour and bitter liberal worldview that needed to see artificial enemies around every corner in order to cover for its increasing moral and philosophical decadence — just as it does in spades today. Because Reagan was a winsome man of God and the Left is increasingly a tool of various pagan delights.

And where Reagan was open-hearted, it was not always to the benefit of the country. For example, his blind spot on amnesty is at least partly to blame for why we continue to battle the same border problems that we did during his infamous amnesty of 1986. Which, by the way, set the stage for turning California from a reliable red state to a People’s Republic of Reds.

Oh, and if you think Reagan would have signed on to redefining gender, playing bathroom roulette, and telling small business owners with a conscience you will be made to care, then I’ve got some luxurious seaside property in North Korea to sell you.

What Brinkley is attempting here goes even beyond revisionist history. This is flat-out agitprop from the Ministry of Information. Deconstruction with the intent to follow up with a reconstruction. This is nothing more than cynically co-opting our own icon for the Left’s causes. Nor is the timing coincidental, coinciding with the party of Reagan all but abandoning his vision and values.

Make no mistake, Brinkley’s motivation here is not to recover the lost era of Reagan, but to refurbish it in progressivism’s image. And when they lie so brazenly like this, it’s clear they’re confident they’re going to get away with it.

Given our anemic track record of defending our icons and institutions from such efforts in the past, maybe their confidence is completely warranted.