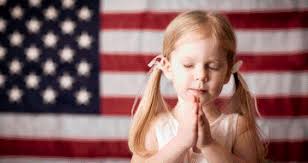 Does faith matter anymore in America? Should it?

That probably depends on who you ask, but what is becoming increasingly evident is a growing hostility among some segments of society and culture.

Last month, much of our nation celebrated the birth of Christ—called Christmas, short for Christ’s Mass—yet, the idea of any public display for a clearly religious holiday is somehow considered insensitive, discriminating, or criminal.

One begins to wonder if even saying “God Bless you” after a sneeze might somehow generate formal complaints and a lawsuit to stop such egregious behavior. Sounds like nonsense, doesn’t it?

Religious expression in the marketplace of ideas is not an automatic religious endorsement by the government, though this remains a loud, but hollow, cry among many who would deny those rights if given the power to do so.

When our nation was established, the idea of “self-government under God” was a prevailing theme. Today, it feels more like an increasingly intrusive government without God.

Teachers, football coaches, counselors, city and county officials, our men and women in uniform, chaplains, students, and even government officials are being reprimanded for acknowledging God or Jesus Christ in almost any public forum.

Business owners—photographers, bakers, florists, and others—are being sued, some even closing their doors, for simply adhering to their values, beliefs, and their rights of conscience in an honorable fashion.

Millions of citizens are rising up to say “enough” and declare that they still want to “keep faith in America.”

Millions of people in this country continue to pray and place a heartfelt trust in God. This simple act of humble faith has given America strength in wartime, dignity and compassion toward those less fortunate, and confidence in the face of unprecedented challenges.

For so many, faith matters, faith makes a difference, faith brings with it a renewed sense of hope for a better future. Thankfully, this certainty is finding its way back into the hearts, conversations, and actions of everyday Americans.

Throughout U.S. history, prayers of petition and thanksgiving have been lifted up by state and national leaders—to embrace our grief and sorrow, for our troops and first responders in harm’s way, in times of uncertainty and chaos, during global crises, for protection, provision, guidance, and the acknowledgement that in and of ourselves, we are wholly insufficient.

These cherished values are derived from principles deeply woven into the very fabric of our founding documents—the Declaration of Independence, the Constitution, and the Bill of Rights—and through the legacy and dedication of the men and women who helped build and shape this country.

The only way to preserve their sacrifice is to boldly move forward with courage and determination, and to walk out what we know to be true.

This legacy also speaks to why millions more have immigrated to our shores over the past three centuries and why countless others have risked everything to preserve our Judeo-Christian heritage.

Are these realities only because the United States is viewed as a “land of opportunity,” a global superpower, a place where dreams can come true? Or is it as the Pledge of Allegiance acknowledges, that we are “one nation under God, indivisible, with liberty and justice for all”?

Americans have long viewed freedom as a core longing given by the creator in his design of man and a primary reason that religious liberty was established as a leading principle in our nation’s founding.

The freedom to choose what and who you believe in, as well as matters of conscience, is among the most basic and fundamental rights afforded to every citizen. Faith and freedom may not have been born together, but their marriage built America, and divorcing the two would ultimately lead to its demise.

Unfortunately, the fabric of this wonderful tapestry is fraying, and in many places is now being torn apart. Religious leaders across America have been concerned about the moral and spiritual decline we are seeing in the country, including the lack of respect and civility that exists in our national discourse.

Polarized and entrenched positions, angry rhetoric, and other signs of acrimony reveal the growing loss of decency and tolerance on all sides. And yet, faith still matters. It still has a role to play in the days ahead. We must keep faith in America.

On Jan. 16, National Religious Freedom Day, thousands of people from all walks of life will join together in a powerful show of unity to raise their voices and launch the “Keep Faith in America” movement.

They will be joined by numerous federal and state legislators, governors, celebrities, and faith leaders who are uniting to help ensure that prayer, God, faith, and the Bible continue to represent an important guiding influence in America’s future—a movement dedicated to promoting freedom and civility, and to reduce the bitter animosity infecting nearly every part of our national psyche.

Things will kick off on the 16th at events across the United States and in 30 state capitols nationwide. Interested individuals can be part of the initial launch through a first-of-its-kind nationally broadcasted Facebook Live event that could potentially reach millions of people throughout the world.

In the following months, there will be a focus on other critically important segments of society, including churches and clergy members, colleges and universities, local governments, and school boards. Some of the most recognized and respected faith leaders in America are uniting to make a difference and reach into every sphere of influence in today’s culture.

Now, more than ever, there is a need to affirm that faith and trust in the creator remain vital to our national well-being. He was understood as the God of the Bible, which was given to help guide our decision-making, our governance as a people, to protect religious liberty, and to live before others with humility and Christian love.

Believers should be leading the way when it comes to engaging society and culture with greater civility, focusing their efforts to reduce harmful divisions. Faith is the key in the days ahead, and it must move beyond a well-crafted sermon and become faith in action.

The goal is to first stand together, then pray together, and finally, to move forward together.

Stand. Pray. Move. This is about a renewed hope, a strengthened resolve, a sharpened focus, a bold declaration, and an energized movement.