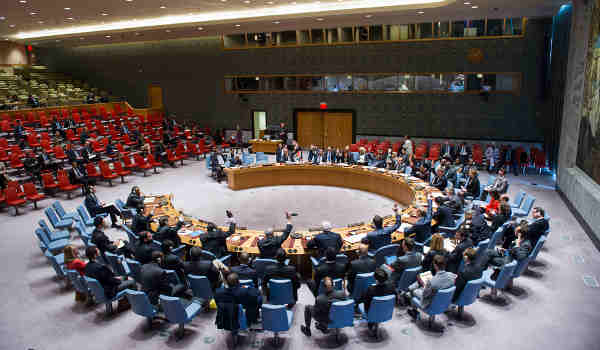 It was a breakthrough, if not an uncontroversial one.

Last week, the United Nations Security Council unanimously adopted a significant and promising resolution on the atrocities committed by the Islamic State, also known as ISIS, in Iraq.

The United Kingdom introduced this landmark resolution, which launches an investigation into whether ISIS has committed genocide and other international crimes. The investigative team will be headed by a special adviser and will work with the Iraqi government to collect, preserve, and store evidence of ISIS crimes in Iraq.

This resolution is the result of years of efforts to find an international mechanism to hold ISIS terrorists to account. There were myriad political obstacles, which at times seemed insurmountable. The U.K. resolution represents a creative and potentially trend-setting solution.

Not surprisingly, the resolution has received mixed reviews from the human rights world.

Amal Clooney, legal counsel to Yazidi victims of ISIS’ crimes, has praised the effort, insisting that justice is finally at hand. Groups including Human Rights Watch and Amnesty International, however, have labeled the resolution flawed and insufficient, arguing that it threatens to entrench a culture of impunity because it fails to account for criminal acts committed by state actors.

These latter groups have advocated comprehensive justice, which they believe could have been achieved through a referral to the International Criminal Court. Such a referral would have allowed for all potential criminal actors, regardless of their affiliation, to be investigated.

Comprehensive justice, certainly, is among the supreme goals of international human rights law. But for a year and a half, Iraq has vowed not to support any Security Council efforts that would subject the members of its government to international criminal investigation.

Moreover, if a Security Council resolution were introduced that lacked the support of Iraq, certain permanent members have consistently pledged to veto it.

There is also, not to mention, little political appetite at the moment for referrals to the International Criminal Court, which is widely criticized as being too expensive, slow, and ineffective.

The two options before the U.K., therefore, were piecemeal justice or no justice at all. Rather than refer the situation in Iraq to the International Criminal Court or set up an independent international tribunal, the U.K. resolution calls for collaboration with the Iraqi government, with the expectation that Iraqi courts will be used to try international crimes.

This idea garnered the support of Iraq, and the international community hopes this approach will prove significantly less time consuming and expensive than previously used methods for trying international crimes.

It is also noteworthy how the U.K. resolution refers to ISIS’ crimes and victims.

Genocide is a legal term with a precise definition, so some have cautioned against using it prior to the collection of evidence. Nevertheless, by making it clear six separate times that the acts committed by ISIS “may amount to genocide,” the U.K. resolution captures the widely shared judgment that the evidence will indeed prove ISIS has committed genocide.

Over the past several years, there has been some controversy over which groups are designated to be victims of ISIS. At one point, the very real suffering of the Yazidi religious group was used to downplay the plight of other groups, especially Christians.

For example, in June 2016, the U.N.-created Independent International Commission of Inquiry on the Syrian Arab Republic released a report that states—without credible substantiation—ISIS treats Christians better than certain other groups because they are ‘people of the book.’”

The U.K. resolution avoids mention of any specific group of victims, but it makes clear that the team must take into account crimes “motivated by religious … grounds.” The resolution should therefore lead investigators to collect and preserve evidence of the genocide of all religious minorities targeted by ISIS for extinction.

There was some hope that the U.K. resolution would explicitly call for the investigative team to collaborate with nongovernmental organizations. It did not. However, the investigative process would benefit tremendously from including these groups.

Several organizations have been on the ground in Iraq gathering evidence for some time. Given how quickly evidence of crimes such as those committed by ISIS can be lost, the ongoing work of these groups may prove critical to making the investigative team’s undertaking successful.

My colleagues from ADF International, for example, interviewed Iraqi refugees in Erbil, Amman, and Beirut and documented their stories and contact data for later prosecution.

Collaboration between a United Nations investigative team and civil society groups could represent the path forward for evidence collection in international criminal law. Gathering evidence of international crimes has historically been expensive and often undertaken too long after the crimes had transpired.

Involving civil society groups in the process of collecting evidence would likely prove to be more cost-effective and timely.

The ultimate goal of the U.K. resolution is to initiate a process that ends with domestic Iraqi courts using evidence collected by nongovernmental organizations to try international crimes. If it succeeds, this resolution may be looked back on as the founding document for a new way of doing international criminal law.

Even more importantly, it may be looked back on as a major milestone in the path toward justice for the countless victims of ISIS in Iraq.