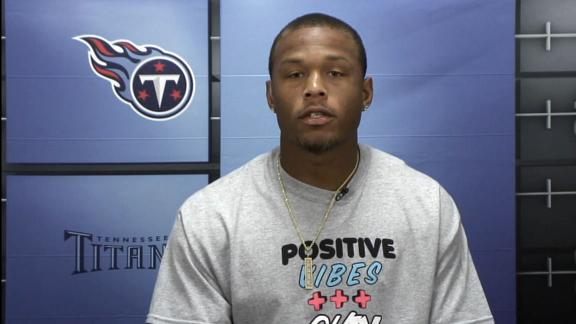 Liberals are quite fond of saying they’ll move to foreign countries, if Republicans get elected to the presidency. Yet, to the disappointment of all, they remain. Something like that may be starting with NFL players and anthem protests.

Take for example, Tennessee Titans wide receiver Rishard Matthews. On Thursday, Matthews was asked by a Twitter user, whether he would stay in the locker room, or take the fine or penalty for kneeling during the anthem. The Marine pictured in Matthews’ profile pic is his half-brother, Christopher Ruiz, who died in Afghanistan in 2015.

Here is Matthews response in a tweet that was captured by Clay Travis of Outkick the Coverage, before Matthews deleted it:

So @_RMatthews of @titans says he'll quit NFL if he has to stand for national anthem. Bye, dude. pic.twitter.com/ybnYOgZSyq

So here we have ourselves a bit of a Susan Sarandon moment. An instance where, an ardent leftist promises to give up something if he doesn’t get his way politically. However, this is actually more serious than a Susan Sarandon moment. Sarandon, merely threatened to leave the country if John McCain won the election in 2008. She didn’t threaten to give up her livelihood. She said she would move, not that she would quit acting.

Matthews is actually threatening to walk away from football if he’s not allowed to protest. Now, will he walk away from the game if the league bans anthem protests? In all likelihood, he will not. However, what a thing for the fans to be able to hold over his head if he doesn’t? Not to mention, imagine being so repulsed by your country’s anthem that you would walk away from a contract paying you over $6.3 million, just because you couldn’t protest it?