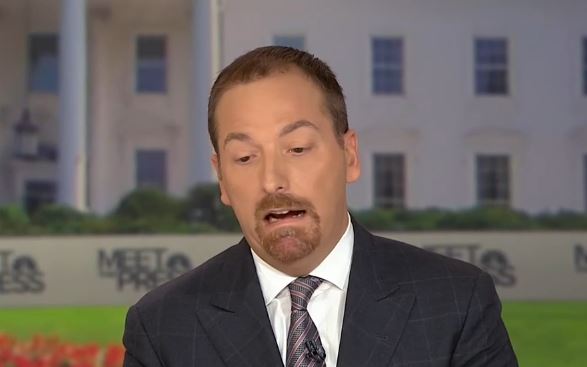 The election of Donald Trump is primarily a function of a white racial backlash against eight years of a non-white president, said Ta-Nehisi Coates on Sunday’s Meet The Press in an interview with NBC’s/MSNBC’s Chuck Todd.

TODD: You don’t think [Donald Trump] would be here without white supremacy.

TODD: Do you think Donald– do we get Donald Trump without Barack Obama as president?

COATES: I don’t think so. I don’t think, without that reaction. Now that doesn’t mean that there weren’t other factors contributing to, you know, the Trump presidency, ultimately. I would argue that white supremacy is an indispensable factor. Which does not mean there weren’t other factors that were there, too. But I think if you take that out, no. No, no. I don’t think it’s a mistake that we’ve never had a president who’s never held political office or never you know been in, you know, had a military posting or anything at all, no experience within the public sphere at all, to just hand it off like that. I don’t–I think Trump is different. He’s not Marco Rubio. He’s not Mitt Romney. This is a very, very different thing. And I think, 50 years from now, historians are going to ask themselves how this actually happened. And I think the answer is going to be the reaction to Barack Obama’s presidency.

Despite alleging the existence of white racial solidarity as a social force unifying Republicans, Coates described whites voting for Trump as lacking “self interest”:

Well, I think the hard thing to believe is not so much the out and out racism and bigotry and sexism and et cetera and Islamophobia that was represented by Trump. There is a lack of, excuse my blunt terms, white self interest in this, that you have a president who is effectively conducting diplomacy, nuclear diplomacy, through tweeting. You would think like, you know, there’s a line which says, “Okay, you know, I’m not going to endanger myself in this way.” And that was proven to not be true. That was the shocking part.

Todd described Coates as “one of the country’s leading social critics” during the segment’s introduction.

At no point did Todd challenge any of Coates’ assertions on underlying neo-Marxist axioms pertaining to alleged power struggles between races and ethnicities.

Earlier on Sunday’s Meet the Press airing, Todd asserted as factual that Trump demonstrated a racial “pattern” of selecting persons for criticism. In other words, Todd framed Trump as either a racist against non-whites or making political overtures via demonstrated racism toward non-whites:

A lot of people see a pattern here. I mean because we forgot the gold star dad, Khizr Kahn, who happened to be Muslim. There was Steph Curry last week, an NBA basketball player of color. There appears to be a pattern.