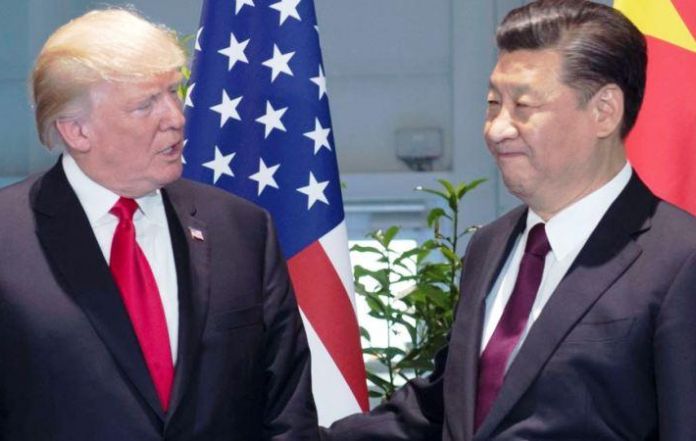 President Trump personally asked his Chinese counterpart Xi Jinping for help in dealing with the three UCLA basketball players arrested for shoplifting in China, The Washington Post reported on Monday.

Trump broached the subject in private during his visit last week to Beijing, according to the Post.

Trump arrived a day after the three players were arrested after allegedly shoplifting from a Louis Vuitton store in Hangzhou. The team, which is ranked No. 21 to start the season, was in China for a tournament.

Xi promised to look into the case and said the players would be treated fairly, a U.S. official told the Post.

The players involved are Cody Riley, Jalen Hill and LiAngelo Ball, brother of Los Angeles Lakers rookie Lonzo Ball.The three did not play in the team’s season opener against Georgia Tech on Saturday in Shanghai, and did not fly back to Los Angeles with the rest of the team. The players could remain in Hangzhou for “a week or two,” ESPN reported.