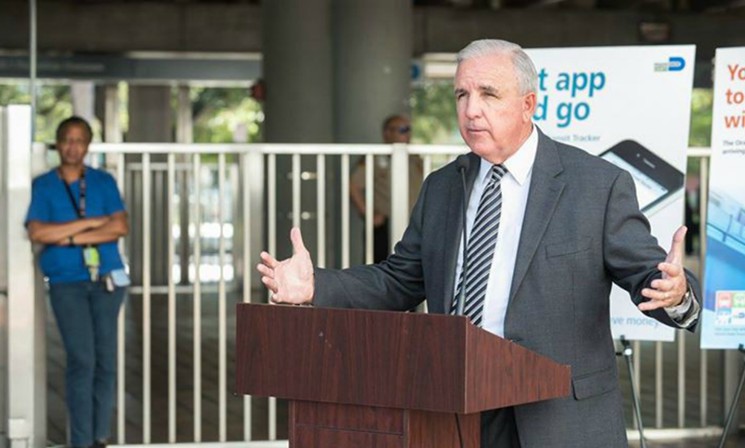 As a candidate, Donald Trump promised to reverse many of the immigration policies of Barack Obama, including his handling of sanctuary cities. Trump’s hardline on sanctuary cities, the hundreds of cities which endanger citizens by refusing to comply to federal immigration authorities when it comes to criminal illegal immigrants, is beginning to have an effect. Faced with losing nearly half a million dollars in federal funding over its sanctuary status, Miami-Dade County is now complying with immigration authorities — and the move is paying off.

In response to the Trump administration’s threat in April to pull a $480,000 federal police grant for non-compliance, Miami-Dade Mayor Carlose Gimenez ordered the county’s jails to begin to obey federal requests to extend the detentions of criminal illegal immigrants who are also being sought for potential deportation. On Aug. 4, the county was notified by the Department of Justice that it was no longer in danger of having the funds withheld.

An Aug. 4 letter to Mayor Carlos Gimenez from the Justice Department said “there was no evidence” Miami-Dade was out of compliance with an immigration provision of a federal police grant worth about $480,000 this year to the county.

Shortly after President Donald Trump took office promising an immigration crackdown, Gimenez reversed a 2013 county policy and ordered Miami-Dade jails to begin honoring requests by immigration officers to extend the detentions of people in local custody who are also being sought for possible deportation.

The Herald notes that Gimenez’ decision to reverse the 2013 policy of refusing to comply with detention requests “sparked outrage from local immigration advocates, who accused the Cuban-born mayor of betraying Miami-Dade’s heritage of welcoming immigrants and advocating for the embrace of new arrivals to the country.”

Clearly, Gimenez determined that the hundreds of thousands in grant money was more important than backlash from pro-illegal immigration activists — which is what the Trump administration hopes will be the response from many of the sanctuary cities around the country. Miami-Dade is the first of the cities to reverse such a policy.

Though the notification of compliance has eased some of the tension in Miami-Dade, they are still awaiting official removal from the sanctuary city list. “We’d like to have formal notification that we are no longer a sanctuary community,” said Gimenez’ communications director Michael Hernández. “That request is being made.”

Denver To ICE: Stop Arresting Illegal Immigrants At Courthouse. ICE To Denver: Not A Chance.