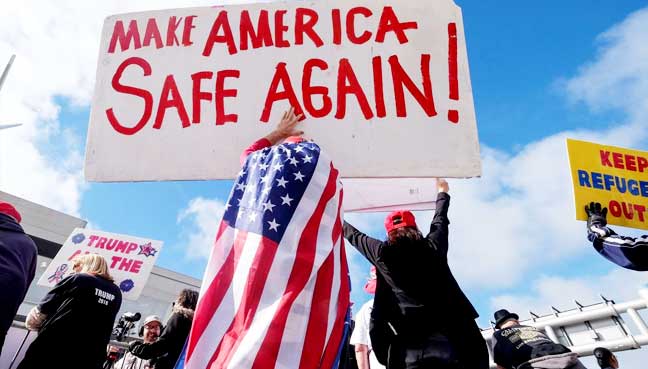 President Donald Trump’s travel ban will expire Sunday, and that could be the biggest news yet in the legal controversy surrounding his executive order on refugees and migrants.

The order took effect on June 29 and will expire this Sunday. Per the Supreme Court’s June ruling, migrants from six Muslim-majority nations without a bona fide connection to a person or institution in the U.S. may not enter the country for 90 days. A second provision suspending refugee resettlement for 120 days will expire later this year.

The New York Times reported Friday that the administration will replace the travel ban with a set of country-specific restrictions this weekend. Accordingly, it appears the White House will allow the order to expire on its own terms.

The Supreme Court will hear arguments concerning the legality of the order on Oct. 10, but this new development may definitively affect the outcome of the case, as it seems the expiration of the ban will render the controversy moot.

Federal courts are only empowered to hear ongoing controversies where their intervention will make some difference to the case. A case is rendered “moot” when events render further action on the court’s part meaningless. Since no action the Supreme Court takes after Sunday will affect the travel ban, it would seem that the case should be dismissed for mootness.

An interesting dynamic comes into play here. As Patricia Millett explained on SCOTUSblog in 2008, when a case is rendered moot while awaiting review by an appeals court, a legal rule called the Munsingwear doctrine requires that the relevant lower court rulings should be vacated, that is, expunged. Millett, then a partner at Akin Gump, is now a judge on the U.S. Court of Appeals for the D.C. Circuit.

In practical terms, this means that the Supreme Court could dismiss the travel ban case for mootness, then vacate the lower court rulings from the 4th and 9th U.S. Circuit Courts of Appeal, which found that the order was unlawful for both statutory and constitutional reasons.

As Millett notes, there are important caveats to the Munsingwear doctrine. The first holds that the party seeking appeals court review, in this case the Trump administration, must not be responsible for the mootness. One might argue that the White House, in choosing not to extend the ban, mooted the case, and therefore the 4th and 9th Circuit rulings should not be vacated. On the other hand, one could also argue the administration did nothing to moot the case, as it allowed the travel ban to naturally expire according to the terms set in the executive order.

Regardless, should the justices dismiss the case for mootness, then vacate the lower court rulings against Trump pursuant to Munsingwear, it is difficult to escape the conclusion that the entire controversy concludes in decisive victory for the administration. The lower court rulings circumscribing Trump’s power will be expunged, while the president’s travel ban was successfully enforced.