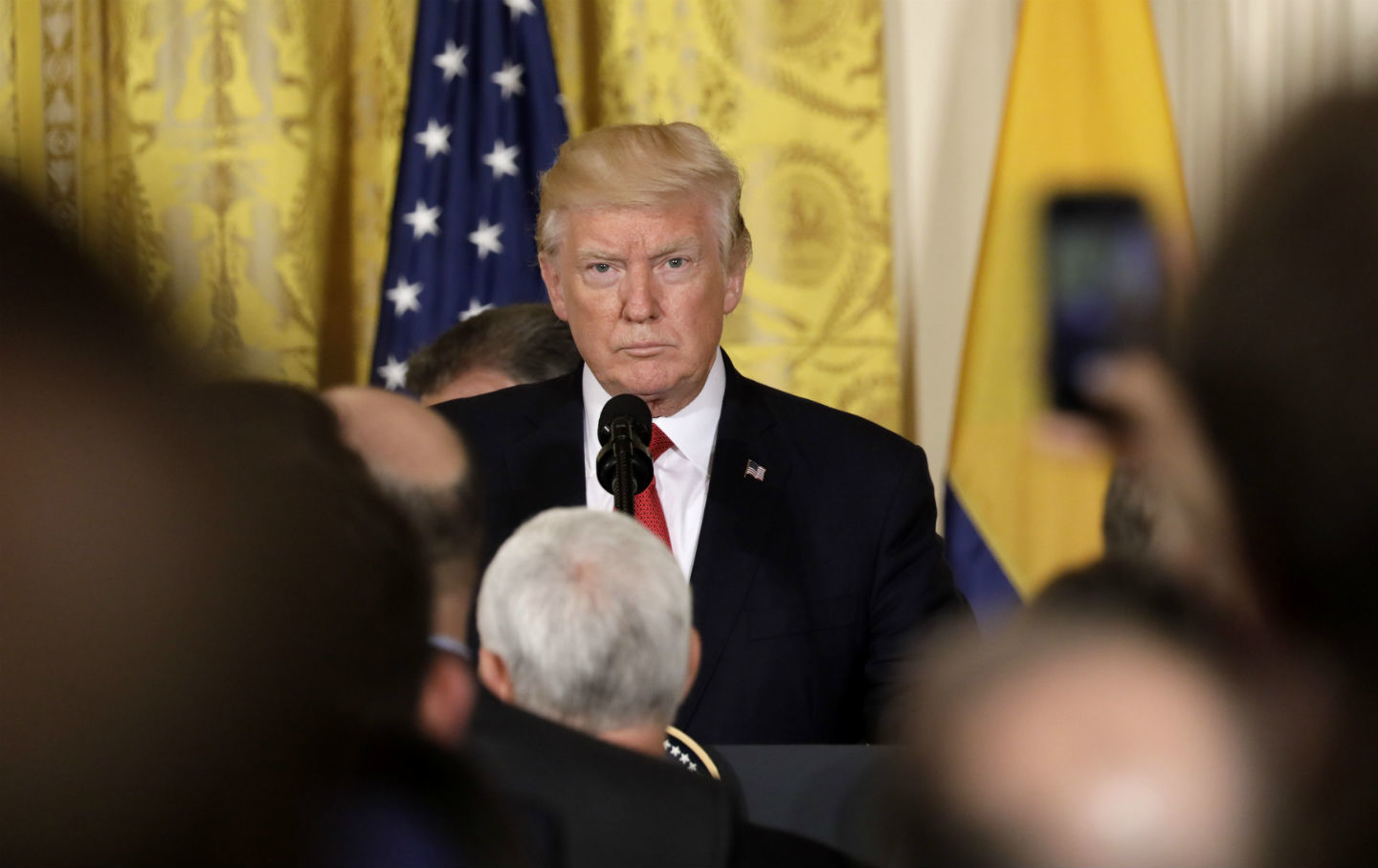 President Donald Trump announced Wednesday afternoon that the person suspected of shooting Rep. Steve Scalise of Louisiana and at least four others had died.

Scalise, who is the House majority whip, and several others were shot earlier Wednesday in Alexandria, Virginia — just outside of Washington, DC — at a practice for the annual congressional baseball game.

Scalise is currently in stable condition at MedStar Washington Hospital after being shot in the hip. Police fired multiple shots at the gunman, whose motivation hasn’t yet been confirmed.

In his White House statement, Trump praised Scalise as a “friend,” a “patriot,” and a “fighter,” saying he would make a full recovery and that Washington, the country, and the world were praying for him.

Trump also praised the police officers who were wounded at the scene.

“Many lives would have been lost without the heroic actions of the two Capitol Police officers who took down the gunman despite sustaining gunshot wounds during a very, very brutal assault,” Trump said. “Melania and I are grateful for their heroism and praying for the swift recovery of all victims.”

He added that the police’s “sacrifice makes democracy possible.”
“Everyone on that field is a public servant: our courageous police, our congressional aides, who work so tirelessly behind the scenes with enormous devotion, and our dedicated members of Congress, who represent our people,” Trump said. “We may have our differences, but we do well in times like these to remember that everyone who serves in our nation’s capital is here because, above all, they love our country.

“We are strongest when we are unified,” he added.