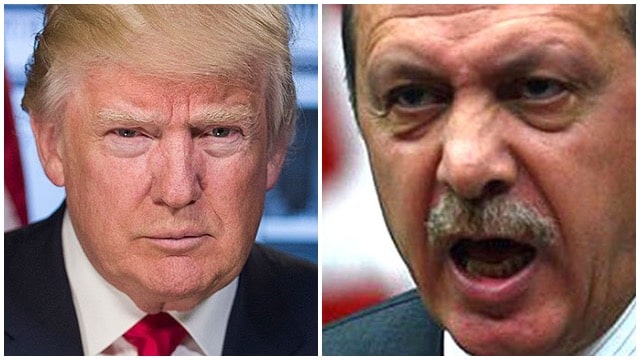 President Trump has made it clear to Turkey President Erdogan that he intends to move the U.S. embassy in Israel from Tel Aviv to Jerusalem. Erdogan then lashed out, warning of ‘dangerous consequences’ if Jerusalem becomes the nation’s capitol.

From Haaretz via Right Scoop:

Trump spoke with Abbas, King Abdullah of Jordan and Prime Minister Netanyahu amid reports the United States is planning to formally recognize Jerusalem as the capital of Israel, the White House confirmed.