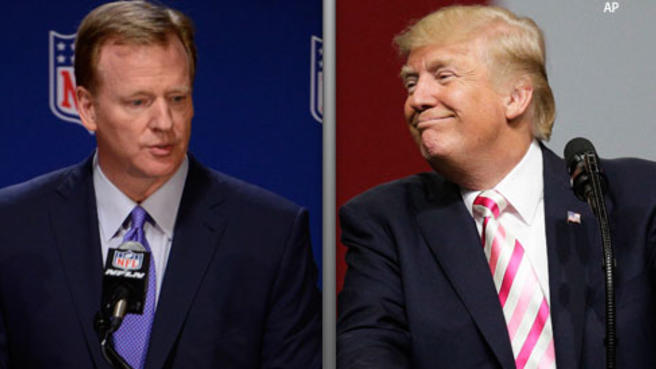 President Donald Trump ridiculed Roger Goodell for failing to enforce a rule for the players to stand during the national anthem and shot down a suggestion that players should stay in the locker room during the performance.

“The NFL is now thinking about a new idea – keeping teams in the Locker Room during the National Anthem next season,” Trump wrote on Twitter. “That’s almost as bad as kneeling!”

The Washington Post reports that “several people familiar with the league’s inner workings” suggested that the NFL was considering a rule to keep players in the locker room.

“When will the highly paid Commissioner finally get tough and smart?” Trump asked. “This issue is killing your league!”