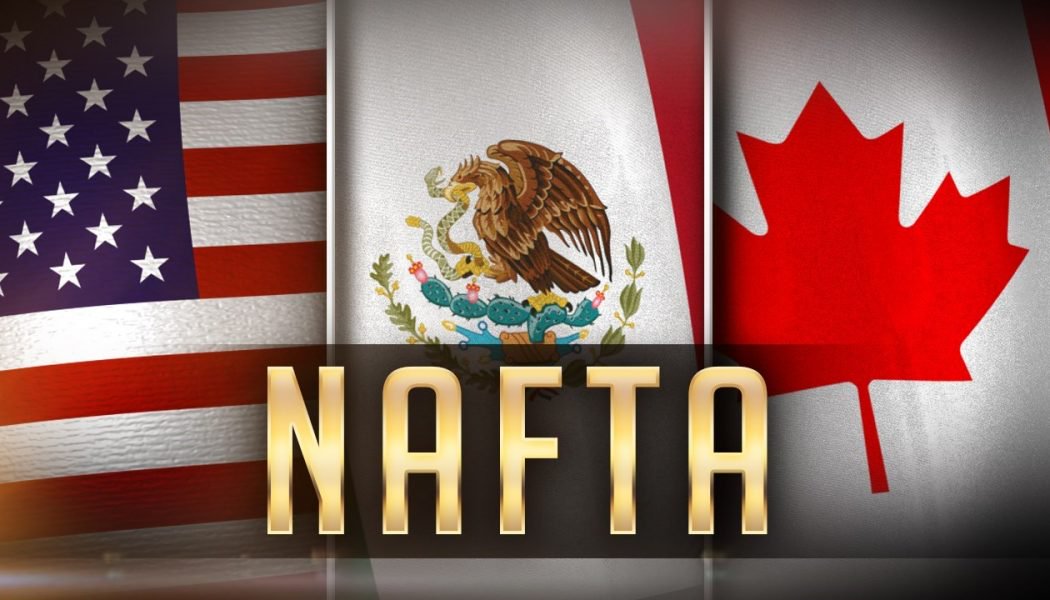 Donald Trump sent a warning to Mexico on Tuesday night about the NAFTA renegotiations.
“Personally, I don’t think we can make a deal because we have been so badly taken advantage of,” Trump said during the Arizona rally. “I think we’ll probably end up terminating NAFTA at some point.”

Trade representatives from the U.S., Canada, and Mexico met in Washington, D.C. last week to begin the renegotiation of the trade deal. The U.S. took a tough stance at the meeting, telling Canada and Mexico that NAFTA had “fundamentally failed” for many Americans.

When NAFTA was being sold to the American public in the mid-1990s, Clinton administration officials predicted it would generate trade surpluses, with Mexicans buying more from America than they sold into American markets. Instead, the U.S. has run a trade deficit with Mexico every single year since 1995. The cumulative post-NAFTA trade deficit will likely hit one trillion dollars this year.

Trump’s remarks may be a negotiating tactic, a way of sending a message to Mexico that it should not push back too hard against positions taken by the U.S. in the negotiations. Alternatively, they could be a sign that the president does not think the three countries will be able to successfully renegotiate the deal.

Mexican foreign minister Luis Videgaray seemed to dismiss Trump’s comments. Speaking on Mexican television Wednesday, Videgaray said, “He’s negotiating in his own particular style.”  He went on to say that Trump was speaking to his base.

The Mexican peso initially fell against the dollar but has since recovered.