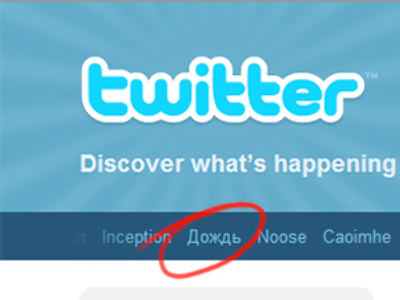 According to Twitter’s Thursday blog, the social media company will be banning any ads from Russian media sources Russia Today, and Sputnik.

Twitter says they’ve made this decision based on the research done into meddling from Russia during the elections.

Twitter has made the policy decision to off-board advertising from all accounts owned by Russia Today (RT) and Sputnik, effective immediately. This decision was based on the retrospective work we’ve been doing around the 2016 U.S. election and the U.S. intelligence community’s conclusion that both RT and Sputnik attempted to interfere with the election on behalf of the Russian government. We did not come to this decision lightly, and are taking this step now as part of our ongoing commitment to help protect the integrity of the user experience on Twitter.

Twitter noted that only RT and Sputnik will be affected since these are the two media outlets labeled in the intelligence report. However, RT and Sputnik may remain Twitter users like everyone else, as per their rules.

As for the $1.9 million Twitter was given by RT advertisements since 2011, Twitter will be donating that money to 3rd parties to research civic engagement on Twitter.

Twitter has also decided to take the $1.9 million we are projected to have earned from RT global advertising since they became an advertiser in 2011, which includes the $274,100 in 2016 U.S.-based advertising that we highlighted in our September 28 blog post, and donate those funds to support external research into the use of Twitter in civic engagement and elections, including use of malicious automation and misinformation, with an initial focus on elections and automation. We will have more details to share on this disbursement soon.
RT has said it “never violated any rules while advertising on Twitter” and “has never spread any sort of deliberate misinformation” according to Business Insider.

Business Insider also reported that Sputnik told reporters that it “has never used paid for promotion on Twitter.”

“Sputnik news channels are followed by people who are tired of the mainstream and who are looking for an alternative perspective on the news,” said the network, adding that “Twitter has so far refused to provide” further details about the ban.