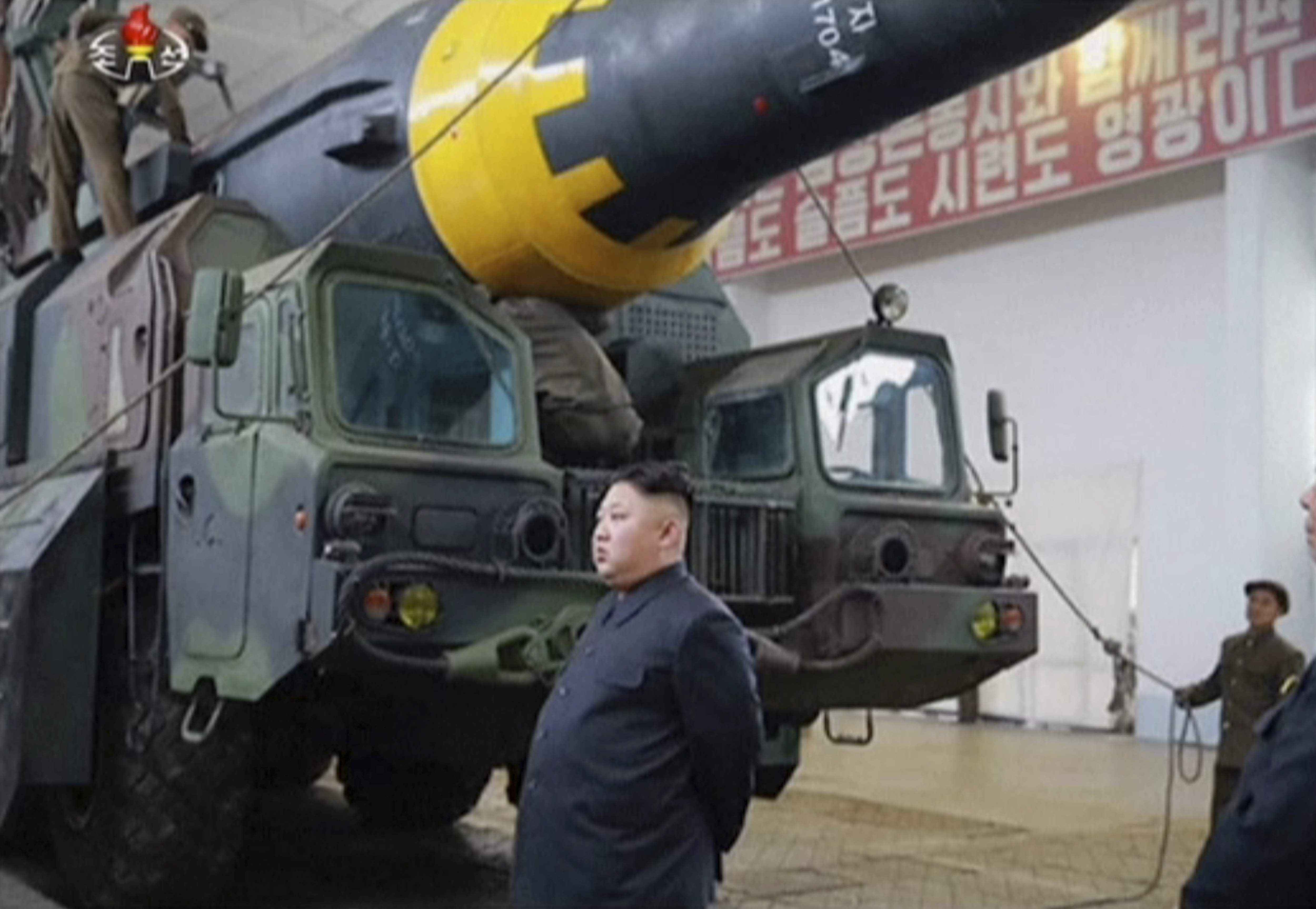 WASHINGTON, DC – The top U.S. commander in South Korea warned North Korea that the U.S. and its South Korean ally are prepared to go to war on Wednesday, a day after Pyongyang conducted its first intercontinental ballistic missile test.

“Self-restraint, which is a choice, is all that separates armistice and war. As this Alliance missile live fire shows, we are able to change our choice when so ordered by our Alliance national leaders,” said Army Gen. Vincent K. Brooks in a statement.

“It would be a grave mistake for anyone to believe anything to the contrary,” said Brooks, the commander of Combined Forces Command. South Korea’s top military officer also issued a similar warning.

“We may make resolute decisions anytime, if the Alliance Commanders in Chief order. Whoever thinks differently is making a serious misjudgment,” Gen. Lee Sun-Jin, chairman of the Republic of Korea Joint Chiefs of Staff, said.

Tensions are running high on the Korean peninsula after North Korea tested an ICBM for the first time on Tuesday, which some experts say has a range that could reach Alaska. North Korean President Kim Jong-un has vowed to develop a nuclear weapon that can hit the continental U.S., which President Donald Trump has vowed would not happen on his watch.

Although it is still unknown whether North Korea can attach a nuclear warhead to such a missile, Tuesday’s test marked a significant advance towards that goal.

The Pentagon confirmed on Wednesday that the test was of an ICBM and the first time North Korea has conducted such a launch. The ICBM was detected and tracked for 37 minutes – the longest time of flight for any ballistic missile North Korea had launched to date, a spokesman said.

The test missile was launched from a new site – a recent tactic seen over the last year, and from a mobile launcher, Navy Capt. Jeff Davis said. As for the type of missile launched, he said, “it’s not one we’ve seen before.”

Davis would not comment on whether the launch was a surprise or not. “Clearly, we watch North Korea very closely,” he said.

“It was deemed to cross in our range estimation of what’s essentially an arbitrary number, but what the convention on what’s the difference between an IRBM and an ICBM is 5,500 kilometers, and upon assessment it was judged it was likely capable of going in excess of 5,500 kilometers which therefore makes it an ICBM,” Davis said.

He said the Pentagon was still assessing whether the missile’s reentry vehicle, which could potentially carry a nuclear payload, survived reentry.

The test launch set off a flurry of military and diplomatic activity by the Trump administration.

The U.S. and South Korean militaries, shortly after the launch, fired surface-to-surface missiles in a live-fire joint exercise meant as a show of force to North Korea.

U.S. Ambassador to the United Nations Nikki Haley requested an emergency U.N. Security Council meeting on Wednesday, announcing that the U.S. in coming days would introduce a new resolution against North Korea.

Trump is expected to meet with Chinese President Xi Jinping at the G20 economic summit taking place this weekend in Hamburg, Germany, where he will likely discuss what Beijing can do to pressure its rogue ally.

“We’ve been pretty consistent that we are never going to broadcast next steps but I don’t have anything further on that right now,” Sanders said.

The Pentagon, meanwhile, said it had confidence in its ballistic missile defense capabilities, calling the ICBM test a “limited threat” to the U.S.

“We’ve still not seen a number of things that would indicate a full-up threat, i.e. have they demonstrated the ability to mate a nuclear warhead to the missile? Have they conducted reentry in a way that would be tactically employed?” Davis said.

“This was a very high trajectory to achieve the range they wanted, but it didn’t have the lateral range, which is a different kind of reentry. So we have not seen those sort of things yet, but clearly they are working on it, clearly they seek to do it, this is an aggressive research and development program on their part,” he added.

Davis pointed to the latest test of the ground-based midcourse defense (GMD) system, in which the U.S. shot down an ICBM target over the Pacific Ocean. Critics have said the testing is not realistic.

“So this has been done before. It’s something we have mixed results on, but we also have an ability to shoot more than one interceptor, as you know,” he said.

“We do have confidence in our ability to defend against the limited threat, the nascent threat that is there,” he said.