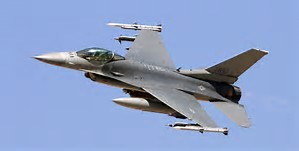 WASHINGTON — An American warplane shot down a “pro-Syrian regime” drone on Thursday after the drone attacked United States-backed fighters in southern Syria, the American military said.

The episode occurred when the drone, which United States officials said appeared to be Iranian-made, dropped a munition near the Syrian fighters, who were accompanied at the time by advisers from the American-led coalition.

The ordnance missed, and an F-15E strike fighter shot down the drone, which was similar in size to an American Predator and was still armed.

United States officials said it was the first time that “pro-regime” forces had fired on the American-backed fighters and their coalition advisers as the situation has heated up in southern Syria.

The confrontation was the latest clash in a potential proxy war that pits Iranian-backed militias that support President Bashar al-Assad of Syria against Syrian fighters who have been trained by American, British and other coalition military advisers.

Those Syrian fighters are being trained to battle the Islamic State, also known as ISIS or ISIL, and are operating out of a garrison at Al Tanf, a Syrian town close to the intersection of the Syrian, Iraqi and Jordanian borders.

The United States Central Command, which oversees military operations in the Middle East, said in a statement that it wanted to keep the focus on fighting the Islamic State and was not looking for a confrontation with the Assad government — or with the Russian and Iranian-backed forces that are supporting it.
But Iranian-backed militants appear determined to extend their reach to the border. Their ultimate goal, many American analysts think, is to establish a supply corridor from Syria to Iraq, and eventually Iran. Their push eastward has brought them into proximity with the American-backed fighters.

The shooting down of the drone followed an airstrike earlier in the day in which coalition aircraft destroyed two armed vehicles that had ventured into a “deconfliction” zone that the United States and its partners have established around Al Tanf.

The United States carried out a similar airstrike in May when an Iranian-backed militia, armed with a tank and bulldozer, tried to build a base inside the restricted zone.

“The coalition’s mission is to defeat ISIS in Iraq and Syria,” the Central Command said in a statement. “The coalition does not seek to fight Syrian regime, Russian or pro-regime forces partnered with them. The demonstrated hostile intent and actions of pro-regime forces near coalition and partner forces in southern Syria, however, continue to concern us, and the coalition will take appropriate measures to protect our forces.”