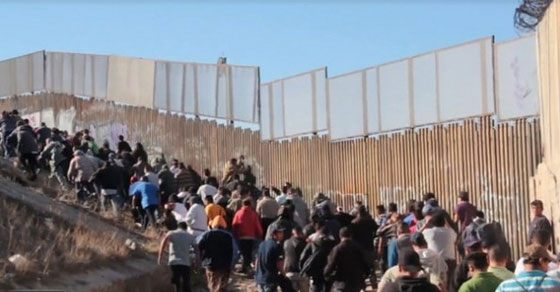 The United Nations Human Rights Council is now demanding President Trump enact a full open borders policy that would release more than 350,000 illegal aliens and foreign refugees into the public.

In a 23-page report by the U.N. Human Rights Council, Trump is requested to set free all foreign nationals who are currently awaiting immigration hearings in the United States, Reuters reported.

“The Working Group is of the view that all administrative detention, in particular of immigrants in an irregular situation, should be in accordance with international human rights law; and that such detention is to be a measure of last resort, necessary and proportionate and be not punitive in nature, and that alternatives to detention are to be sought whenever possible,” the panel said.

Under the panel’s request, those foreign nationals would be released into the public as they await their hearings, similar to that of former President Obama’s ‘Catch and Release’ program where illegal aliens are released until an immigration hearing.

According to the panel, they are concerned that illegal aliens in the U.S. are subject to U.S. federal immigration law, which makes all persons illegally in the country eligible for detention and deportation.

“Under the order, apprehended individuals may be detained ‘on suspicion’ of violating federal or state law, which includes unauthorized entry,” the U.N. panel said.