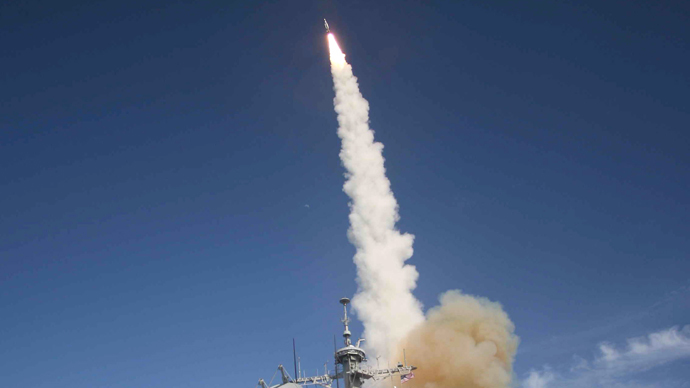 American warships successfully shot down a medium-range ballistic missile on Wednesday, sending a clear message to North Korean dictator Kim Jong Un that the United States is prepared to act should a conflict erupt on the Korean peninsula.

According to the NY Post, the test was conducted near Hawaii by the USS John Paul Jones, successfully tracking and eventually destroying a missile fired from the Pacific Missile Range Facility before it could reach its intended target.

“We are working closely with the fleet to develop this important new capability, and this was a key milestone in giving our Aegis BMD ships an enhanced capability to defeat ballistic missiles in their terminal phase,” said  Lt. General Sam Greaves.

“We will continue developing ballistic missile defense technologies to stay ahead of the threat as it evolves,” he added.

The US military’s successful interception of a medium-range missile is a direct show of force to the North Korean despot, who earlier this week launched a rocket over Japanese territory, signaling the communist nation had the capability of striking the staunch American ally with a nuclear warhead.

President Trump slammed the North Korean test, calling the move “threatening and destabilizing,” adding that “all options are on the table.”