This follows the release of a video of CNN Producer John Bonifield, who was caught touting the Russia narrative as “bullsh*t.”

According to Brian Stelter on Twitter, CNN released a statement stating that Bonifield is just a “Health Producer” and “isn’t involved in Russia or Trump coverage.” 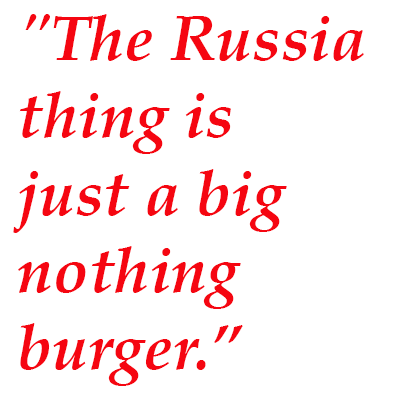 video and Bonifield’s position at CNN:

“[I]t never mentions that Bonifield is a producer of health and medical stories, raising questions about how relevant his views are, and how informed he is, about CNN’s political coverage.”

Jones is one of CNN’s most prominent political commentators, and has appeared on CNN in the past attacking President Trump for his “Putin relationship.”

On December 18, 2016 Jones said: “Other Presidents tried to say nice things about the Russians — not in the face of an active attack on the country!”

“I mean, it’s mostly bullshit right now,” Bonifield says in the first video. “Like, we don’t have any giant proof.”

CNN’s Public Relations team eventually was forced by the overwhelming coverage of our video (with no help from them, of course) to give a statement:

“CNN stands by our medical producer John Bonifield. Diversity of personal opinion is what makes CNN strong, we welcome it and embrace it.”

CNN is receiving heavy criticism from the President of the United States, and the video was mentioned by the Deputy Press Secretary Sarah Huckabee Sanders:

“There is a video circulating now. Whether it is accurate or not, I don’t know, but I would encourage everybody in this room, and frankly, everybody across the country to take a look at it. I think if it is accurate, I think it’s a disgrace to all of media, to all of journalism — we’ve been going on this Russia-Trump hoax for the better part of a year now with no evidence of anything.”