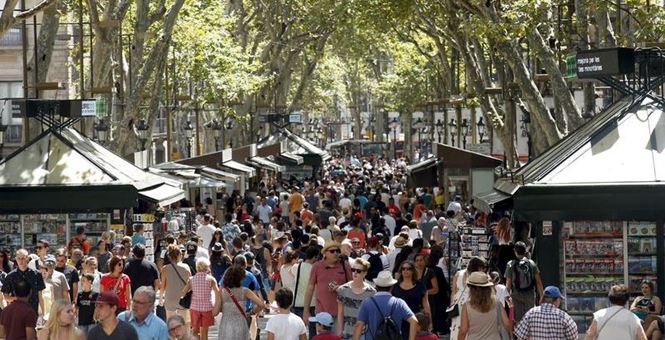 Several people are injured after a van jumped a curb near Las Ramblas in Barcelona, Spain.

The driver has reportedly fled the scene on foot. Local Spanish media are also reporting that two armed men are holding hostages in a Turkish restaurant in a different part of the city. It is yet unclear as to whether the two incidents are related.

UPDATE (12:04 p.m.): SkyNews is reporting that two people are dead and Barcelona police are calling the van crash a terror attack.

Two people are thought to have been killed in the van crash that Barcelona police say was a "terrorist attack". Here's what we know pic.twitter.com/v5UjHlElYx

UPDATE: Spanish authorities have corrected their earlier death tally. There is one confirmed death and 32 injuries.

UPDATE (1:52 p.m.): Fox News is reporting that one suspect has been arrested.