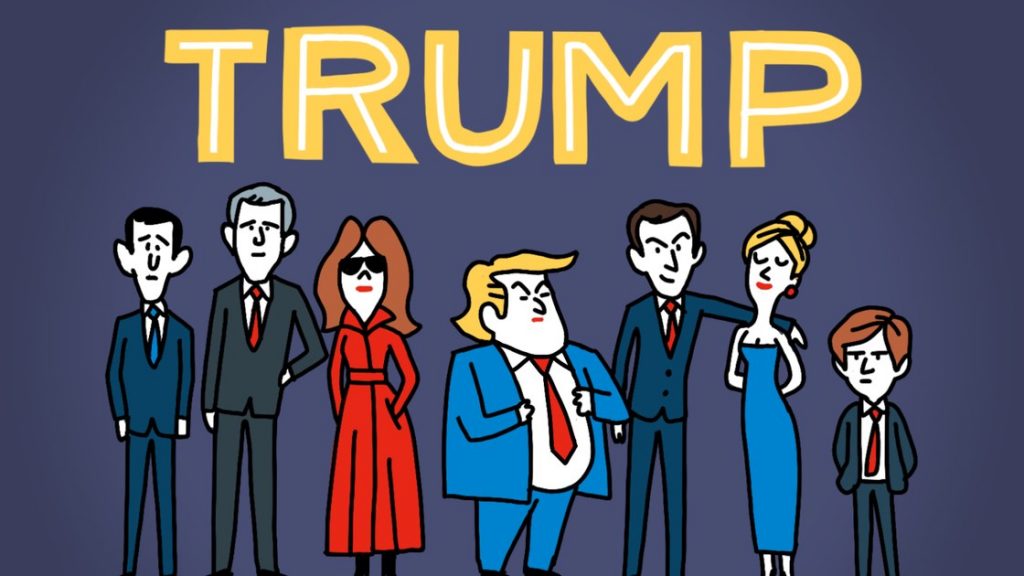 Liberals are so absolutely desperate for President Donald Trump to leave office that Vanity Fair has offered them a slight bit of solace in the form of extreme fantasy. Nell Scovell of that magazine asked eight television writers to fullfill liberal wish fantasy by presenting imaginary scenarios in which Trump resigns. They must have been comedy writers since most of their scenarios are so divorced from reality as to be hilarious. Unfortunately Scovell herself seems to come from a very dark place since the “example” she presented to the writers can properly be classified as gruesomely sick:

The Trump presidency should end like the soap opera it is. The final scene starts with Donald and Jared arguing in Trump Tower. Jared takes off, but Donald pursues. (They both just stand on the escalator then pick up the chase at the bottom.) Jared runs out of the building but before he can get far, Donald pulls out a gun. Just like he bragged, Donald’s gonna shoot someone on Fifth Avenue . . . and it’s gonna be his son-in-law. Donald squeezes the trigger. Suddenly out of the crowd, Ivanka throws herself in front of the bullet intended for her husband. Her father watches in horror as his daughter takes the hit. She crumples to the ground—dead (but still incredibly put together.) Donald falls to his knees and cries in despair. What twist of cruel fate allowed him to kill the one thing he kind of, sort of loved?!

And what caused Nell Scovell to kill the mood by presenting such a sicko fantasy? Fortunately most of the rest of the Trump resignation resignation wish fulfillment fantasies are mostly quite funny due to their extreme departure from any sense of reality. First up we have a resignation fantasy from the executive producer of Modern Family, Danny Zuker:

Fade in: intelligence briefing. We are close on Trump’s bloated, porcine face, the kind of face that would immediately disqualify a person from judging others’ appearances. He yawns, wipes some KFC extra-crispy batter from his most northern chin. Then he gets an idea. A light-bulb moment. Not a bright light bulb—more like the bulb in that emergency flashlight you find buried in your junk drawer. He stands up and exclaims . . .

He races out of the briefing room and makes his way outside, where we see a HELMETED FIGURE on a motorcycle. TRUMP: I did it! I QUIT.

Trump hops on the back of the hog and the two quitters drive off into the sunset. FADE OUT:

Silicon Valley is a very funny series so one wonders how a writer for that show, Megan Amram, came up with this relatively lame scenario:

Donald Trump will resign after a secret Russian sex tape surfaces, one that involves Trump sexually harassing his daughter Ivanka. He will then brag that he was the “fastest president ever,” and that he can resign since he’s brought back “all of the jobs. Literally all of them. Look at them—they’re all back now.” He will spend the rest of his days doing exactly what he did in the presidency, playing golf and pretending to drive fire trucks.

Oh, and then Amram follows up with a crude “parting shot” bit that is reminiscent of childish “doody” jokes that you probably haven’t heard since about the second grade:

“Ffffffffpllllplplplplplplplppppluuuuuuuuuuugggffffffff.” (This is the sound of Donald Trump publicly shitting himself at a rally, then trying to cover his butt with Mike Pence’s sweater, but the sweater isn’t big enough to cover his big butt, so he slips and falls and can’t get up ’cause he’s covered in his own shit, so he’s pulled off by the Secret Service, never to be seen again.)

Merrill Markoe wrote comedy material for David Letterman, so perhaps she should have known to give credit to “It’s a Wonderful Life” when presenting her scenario:

Donald Trump is forced by a mysterious angel to look at what life in the United States would have been like if he’d never been born or been elected. Hillary would be in the White House; there is Medicare for everyone, and the economy is booming as the U.S. leads the fight against climate change. None of his horrible sons would have been born, so wild animals in Africa would be safe. Ivanka would be sitting in a tower in another dimension, sewing shoes by hand as she stares longingly at the moon and waits to be born to someone who had a profitable tech start-up. Kellyanne Conway would be hanging around the greenrooms of morning-talk shows, waiting for someone to drop out at the last minute so she could give horoscope predictions. Melania would be preparing for her wedding to Sumner Redstone. Donald is so moved that he begins to sob and calls a press conference. “My fellow Americans,” he says, “I want to resign. I have been such a fool.” Then he and his family go to work to preserve the environment and save endangered species. In the last frame, they’d all be standing in line to volunteer for the Peace Corps.

Sorry, Merrill, but the original Jimmy Stewart version that you ripped off was much better.

David Yazbek must have been pressed for time since his Trump resignation scenario is mercifully brief. Mercifully since his scenario is as childishly scatological as Megan Amran’s “doody” fantasy:

Trump announces that he can no longer serve as president of the United States of America because the pee tape that the Failing New York Times has finally uncovered and released is “obviously doctored” to give him a “much, much smaller penis than the really, actually big, some say very big, strong penis that I actually have.”

Your humble correspondent is surprised that none of these writers spared their liberal readers from having to endure months of the Trump presidency since they could have easily presented it as just a Dallas type of dream sequence which for them is a very real nightmare.