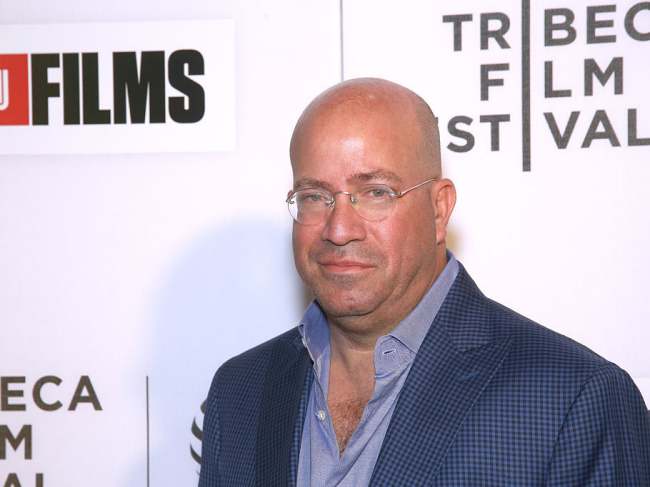 The scandal surrounding CNN’s mishandling of a very fake news hit piece on President Donald Trump and his associates grows bigger on Sunday night as the network’s president Jeff Zucker and public relations team is refusing to comment to anyone — even to CNN media reporter Brian Stelter — about what happened.

Stelter, in his Sunday evening newsletter named for the television program he hosts Reliable Sources, credited a Breitbart News investigation with forcing what he admitted is an embarrassing retraction for his employer CNN.

“On Friday evening CNN.com fully retracted a story after questions were raised about the accuracy of the reporting and sourcing,” Stelter wrote:

The story, by Thomas Frank of the investigative unit, said Congress was investigating a “Russian investment fund with ties to Trump officials.” It didn’t get TV airtime, but it was shared on the web, where it was spotted and scrutinized by Breitbart. On Friday night the story was replaced by an editor’s note: “That story did not meet CNN’s editorial standards and has been retracted. Links to the story have been disabled.” The editor’s note included an apology to Trump ally Anthony Scaramucci, who was named in the story. The next morning Scaramucci responded via Twitter: “CNN did the right thing. Classy move. Apology accepted. Everyone makes mistakes. Moving on.” Some prominent conservative figures, like Donald Trump Jr. and Sean Hannity, seized on the story as an example of anti-Trump bias and anonymous source malfeasance…

But then, after calling this episode “an embarrassing moment for CNN,” Stelter dropped a neutron bomb on his own employer: He revealed that CNN is refusing to comment on or explain the matter, even to CNN.

“The truth is, there’s still a lot we don’t know,” Stelter wrote. “On Saturday and Sunday I asked CNN PR for details and comment. A network spokeswoman declined to comment as of Sunday evening.”
Stelter called for a full accounting of what went wrong so CNN can learn from its significant mistakes.

“I sometimes complain to my editors about the layers of editing and oversight that exist at CNN,” Stelter wrote. “But these processes exist for good reasons. Determining what went wrong this time will help prevent future damage to the news organization…”

Losing Stelter as a public defender, for now, is a huge moral loss for the network as this scandal grows bigger and casts a wider net internally. His voice joins others, like Breitbart News and BuzzFeed News, in calling for CNN’s public relations team to answer questions about the matter. As more in the media become aware of the scandal and get involved in covering it as well, especially now that the weekend is over and it’s not getting any better, insiders at CNN worry that this is spiraling out of control quickly.

A @CNNPR "network spokeswoman declined to comment as of Sunday evening." — @brianstelter, a @CNN reporter

But that’s not all: Now calls are coming for Zucker himself to stand before the public and press to address what exactly went down here.

Debbie Dooley, a Georgia-based conservative activist with Main Street Patriots and organizer of recent protests against CNN outside the network’s headquarters this month, is calling on CNN’s president to address the network’s recent retraction scandal in an on-camera press briefing before the American public.

“If Zucker demands President Trump’s team answer questions on camera, then he should be willing to hold an on camera press conference and take questions about the Fake News crisis at CNN,” Dooley told Breitbart News on Sunday evening. “Viewers and advertisers should demand it.”

Dooley organized a sizable protest a few weekends ago at CNN’s Atlanta headquarters. The argument that Zucker should answer questions on camera in an on-record televised press briefing comes as CNN’s White House correspondent Jim Acosta and others at the network have whined repeatedly as White House press secretary Sean Spicer moved briefings off-camera this past week. Acosta and Stelter have hammered the White House for refusing to allow Acosta to aggrandize himself using Spicer or other White House officials as a foil at press briefings.

Others in media, including ex-CNN anchors and reporters like Howie Kurtz and Ed Henry — both of whom are now at Fox News — have criticized CNN for Acosta’s and Stelter’s and others’ over-the-top reactions to the White House decision. Spicer himself, in an interview with Kurtz, said that Acosta’s silly games are “sad.”

But, now the game that Stelter and Acosta have played with the White House seem to backfiring more on CNN at a time when the network cannot handle any more problems.

“Why does CNN even care about on camera briefings when they run ridiculous made up fake news stories?” Dooley told Breitbart News. “I am really beginning to wonder if Baghdad Bob is calling the shots at CNN. Jeff Zucker should definitely answer questions about the lack of journalistic integrity at CNN.”

Dooley added that more and more protests are planned outside CNN and that her growing group will continue to hammer the network President Donald Trump has identified as a “very fake news” network until they stop reporting fake news.

“We plan on protesting CNN every month as long as they report fake news,” Dooley told Breitbart News.

This crisis represents one of the biggest the network has ever faced. Late last week it was forced to retract the very fake news hit piece it ran on President Trump and his associates Anthony Scaramucci and Stephen Schwarzman.

The piece inaccurately alleged that Scaramucci and Schwarzman were under investigation by the Senate Intelligence Committee and the Treasury Department for supposed ties to what is actually a completely normal Russian investment fund. It turns out that not only is the Senate Intelligence Committee not investigating the matter, as Breitbart News discovered from sources close to Senate GOP leadership, but the Treasury Department looked into the matter and determined unfounded allegations that originated with far-left-wing Sen. Elizabeth Warren (D-MA) to be “without merit.”

Insiders have blamed Warren’s staff and the staff of Sen. Kamala Harris (D-CA) for pushing the very fake news to CNN, something CNN has not denied nor has Warren’s staff. Harris’s staff did deny the charge, but her spokeswoman’s claim of certainty that nobody in the office spoke to CNN or was involved in pushing this out — made just a couple hours after an initial request for comment — strains credulity since it would be highly unlikely the spokeswoman could have spoken with every Harris staffer in that timeframe.

The now-retracted CNN piece, which was originally published late Thursday night, was deleted from the internet on Friday night originally without explanation. Then, an editor’s note was added to the original link announcing the retraction of the story. The editor’s note apologized to Scaramucci.

“On June 22, 2017, CNN.com published a story connecting Anthony Scaramucci with investigations into the Russian Direct Investment Fund,” CNN said in the late Friday night editor’s note. “That story did not meet CNN’s editorial standards and has been retracted. Links to the story have been disabled. CNN apologizes to Mr. Scaramucci.”
It’s worth noting that CNN did not apologize to Schwarzman or President Trump, or others maligned in the hit piece it retracted.

More than two days later now, CNN has offered no public explanation for what it did or why, who was responsible, and what editorial changes will be made as a result. In fact, CNN has offered no public comment whatsoever other than the editor’s note appended to the retraction. And as a result of the network’s continued silence on the matter, it finds itself embroiled in scandal two days after the retraction in a mishandling of the matter that has now compromised the network’s coverage of the entire Russia scandal altogether.

CNN’s president Zucker, both Breitbart News and BuzzFeed News have confirmed, is leading an internal investigation into what went wrong and who was responsible. As BuzzFeed reported, both Zucker and the head of HR at CNN are now “directly involved” in the internal investigation. The report from BuzzFeed also noted that “people will be disciplined” because the network’s handling of this scandal in the words of a CNN insider to BuzzFeed is a “massive, massive f**k up.”

It is unclear if the reporter on the byline of the retracted story, Thomas Frank, has been disciplined in any way. It is also unclear if he is still employed by the network. Questions are also swirling around Frank’s use of social media to provide political advice to the House Democratic conference — something supposedly objective reporters are not supposed to do — another damning fact for which CNN has thus far had no comment.

What’s more, CNN has apparently altered its internal editorial processes for all “Russia-related content,” per a staff memo that was leaked to BuzzFeed.

“No one should publish any content involving Russia without coming to me and Jason [Farkas] first,” CNNMoney’s executive editor Rich Barbieri wrote in the internal email to all editorial staff. “This applies to social, video, editorial and MoneyStream. No exceptions. I will lay out a workflow on Monday. Thanks.”

Sources inside CNN tell Breitbart News that the leadership of the company is scrambling internally to determine who is leaking the information out of the network to news outlets like BuzzFeed News and Breitbart News, but they cannot find the leaks since hundreds of employees work there and most are upset with the way Zucker and others in senior management are handling this. What’s more, insiders say, the longer Zucker and CNN’s public relations team hold out in providing a clear, concise, and detailed explanation to the public about what happened, the more likely it is that Zucker himself will be dragged into the throes of this scandal.

Some inside the network are hoping Zucker himself appears publicly to explain this and answer questions and clear it up once and for all. It remains to be seen if he will.

But reporters, editors, producers, and anchors at the network alike are all concerned this badly mishandled scandal has now tainted anything the network covers on Russia, and they are worried that any scoops it would normally get will go to other news outlets instead. They fear that sources will cut them off because of the significant hurdles the new editorial processes will place in front of stories getting published, and even if reporters can compete with other outlets and get past the hurdles, this scandal stains all of the network’s Russia reporting.

The restrictions on use of social media when it comes to “Russia-related content,” as revealed in the leaked memo, are also infuriating many CNN editorial staff who do not like the constricting nature of Zucker’s management