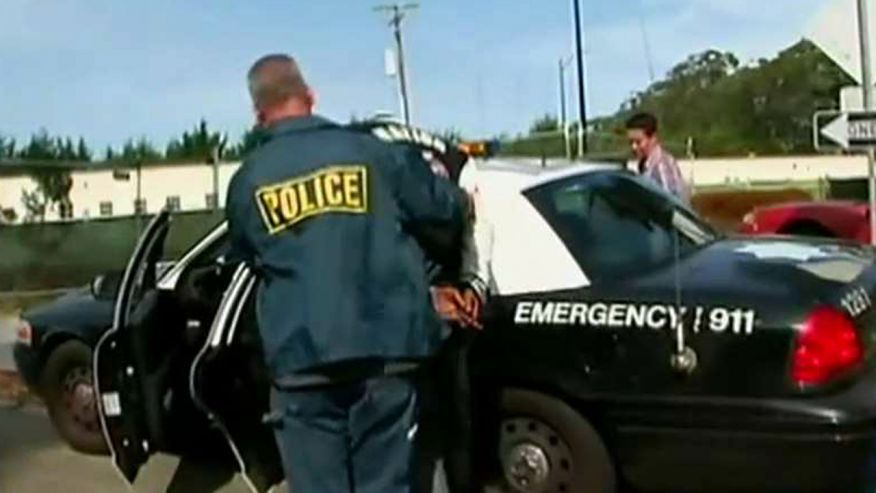 Violent crime is up across the country, but in some pockets of California, violent offenses — including murder, rape, robbery and assault — are up twice the national average, according to an FBI report released Monday.

While property crimes were down both nationally and in California, violent crimes spiked almost 4% in the Golden State, even though some in academia made a point to downplay the dramatic increase, according to the San Francisco Chronicle:

“The overall picture is that homicide and violent crime rates went up dramatically in the 1970s and ’80s and ’90s, and then underwent a dramatic drop in the last 20 years, and leveled off,” said Robert Weisberg, a Stanford University criminal law professor and co-director of the school’s Criminal Justice Center.
The FBI’s 2016 numbers, he said, “are not inconsistent with that.”

Still, Bay Area law enforcement officials have expressed concern about the recent trend, opening up a debate over whether crime has gone up due to several factors, including the effort to reduce jail and prison populations and a struggle in some places to recruit and retain officers.

And Bay Area law enforcement officials are not the only ones wondering if recent prison and sentencing reforms have led to the dramatic increase.

Overall, violent crime in America rose in 2016 for the second straight year, driven by a spike in killings in some major cities, but remained near historically low levels. The FBI said it was the first time violent crime rose in consecutive years in more than a decade.

With violent crime in Sacramento rising at twice the national rate, there are additional questions about the impact of Gov. Jerry Brown’s signature prison reform, known as “AB109 Realignment.” That measure transferred many dangerous and violent felons from state to county supervision, and effectively commuted many sentences. It also put violent felons back on the streets and ended state parole supervision for those offenders altogether.

In February, California’s law enforcement community was rocked when a Whittier police officer, Keith Boyer, 53, was murdered by an unsupervised AB109 offender, who would have been behind bars had he been subject to state parole supervision.

While Brown has not yet signed the “Sanctuary State” bill, which would make California a sanctuary for criminal illegal aliens, it is unlikely that the latest alarming rise in violent crime would stop him.