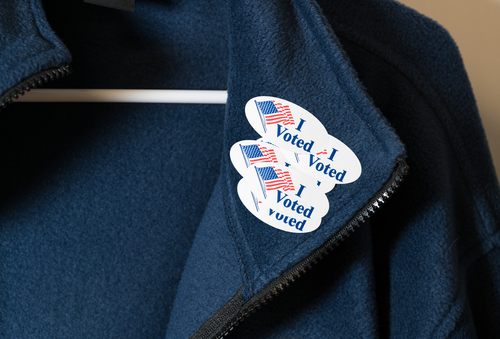 As the Presidential Advisory Commission on Election Integrity convenes its first meeting on Wednesday, the issue of voter fraud in American elections has become even more contentious and hyperbolic.

One of the left’s main arguments against reform is that voter fraud simply does not occur. How liberals arrive at this conclusion, we cannot say.

Time and again, studies and analyses point to one incontrovertible conclusion: that voter fraud is a real and pressing issue that deserves serious solutions, and The Heritage Foundation has the evidence to prove it.

On Thursday, The Heritage Foundation is releasing a new edition of its voter fraud database. Featuring well over 100 new cases, the database documents 1,071 instances of voter fraud spanning 47 states, including 938 criminal convictions.

This revamped edition of the database separates cases by type of disposition, allowing readers to easily distinguish not only what type of fraud occurred but the outcome of the case—criminal convictions, pre-trial diversion programs, and other types of adjudication used in various states and counties across the United States.

Below are a few of the egregious examples recently added to the database.

Andrew Spieles, a former James Madison University student, pleaded guilty to a charge stemming from his false submission of 18 voter registration forms during the summer of 2016.

He had been working for Harrisonburg VOTES, a voter registration organization affiliated with the Democratic Party, and used false birth dates and Social Security numbers to register deceased persons to vote. Spieles was given prison time for his crime.

This incident is just one of hundreds of cases in the database where individuals illegally registered dead people, names out of the phone book, or others to vote.

While Spieles was caught before votes could be cast on behalf of those falsely registered individuals, there have been many other cases in which ballots were successfully cast in the name of deceased people.

In fact, a 2012 Pew study concluded that 1.8 million voters remained on the rolls after their passing—a grave vulnerability to the integrity of our elections.

Fredericus Hubertus Slicher, an illegal alien living in Baltimore, was convicted of numerous charges in 2014. He was residing illegally in the United States, collecting Medicare and Social Security benefits, and voting in U.S. elections.

Slicher had been present in the United States illegally since his temporary work visa expired in 1969. He was convicted of child abuse in 2004, was a registered sex offender, and yet he continued to vote numerous times despite being ineligible.

His case was referred to Immigration and Customs Enforcement, and he was sentenced to three months’ imprisonment, one year’s supervised release, and was ordered to pay $48,928 in restitution.

The newest additions to the database included a dozen cases of illegal voting by noncitizens. This is a particularly important issue to address, as each ballot cast by a noncitizen effectively nullifies the ballot of an eligible voter, effectively disenfranchising American citizens.

Debbie Tingler of Reynoldsburg, Ohio, pleaded guilty (Case No. 12 CR 005249) to illegal voting in 2013. She had registered to vote, requested absentee ballots, and submitted those ballots under two names—Debbie Tingler and Deborah Tingler.

She was given a suspended sentence of 120 days’ imprisonment, and she was ordered to pay a $200 fine and court costs.

Tingler’s experience is not uncommon. There are dozens of cases in the database where individuals voted multiple times in the same election.

Given the fact that few states have adequate policies and procedures in place to detect and deter fraud—and prosecutors seldom prioritize these cases—it is likely that far more double voters, absentee-ballot fraudsters, and ineligible voters get away scot-free than are ever brought to justice.

The Heritage Foundation’s voter fraud database is by no means comprehensive, but its 1,071 proven instances of fraud, which took place across all manner of elections and in nearly every state, highlight the importance—and the urgency—of the work of the Election Integrity Commission.

What is needed now is more data to permit analysis aimed at determining, among other things, whether the nation’s voter registration records are accurate or riddled with errors.

In the coming months, the commission—which includes Heritage’s own Hans von Spakovsky, senior legal fellow and one of the nation’s foremost election law experts—will seek to gather this information.

Unfortunately, so far, even innocuous requests for public voter records have been met with hyperbolic rhetoric and stonewalling in some states.

This begs the question, why? If fraud is as rare as liberals say, and if state protections against it are as robust as we are told, why withhold data that would prove these claims?

Perhaps liberals are afraid that the data might, in fact, say the opposite.

One can deny facts for only so long, and with this newest release of The Heritage Foundation’s voter fraud database, the evidence is clear and incontrovertible: Voter fraud is real, and we ignore it at our own peril.