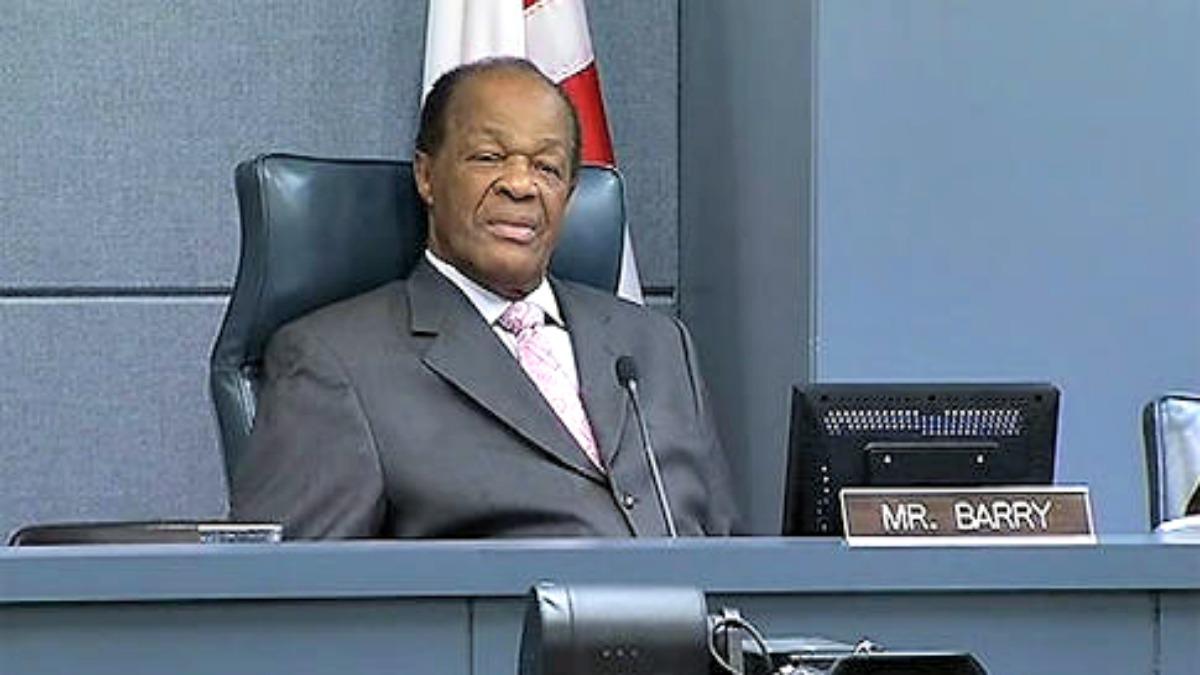 Marion Barry was caught on video smoking crack. In a 1990 FBI sting, Barry — the sitting mayor of Washington, D.C. — was finally nailed (rumors had floated for years that Barry was a coke head).

But the jury — 11 blacks and two whites — was hung on 12 of the 14 counts (including the one in which he is actually seen smoking crack with Hazel Diane “Rasheeda” Moore — to which Barry famously said: “B*tch set me up!”). The jury found him not guilty on another, but in the end, convicted him on one count of cocaine possession. He did six months in prison.

Barry broke the law repeatedly. In 2005, he was convicted of tax evasion (probation — a friendly judge ruled he has not “willfully failed” to file his taxes). At that time, he failed a drug test for cocaine and marijuana. When he was charged in 2006 with drunk driving, another judge found him not guilty. When he got into an accident in 2014, police found he had $2,800 in unpaid tickets.

And now, the D.C. City Council wants to erect a statue to this pillar of society.

“The D.C. Council on Tuesday preliminarily approved a plan to erect an 8-foot-tall bronze statue outside city hall in Barry’s honor, placing a likeness of the District’s most famous local politician on Pennsylvania Avenue NW, a couple of blocks from the White House and on one of the city’s best-known boulevards,” The Washington Post reports.

The liberal newspaper lauds Barry for his service to the city, his four terms as mayor and three council terms (he won office after his cocaine conviction — using the slogan, “He may not be perfect, but he’s perfect for D.C.”).

And while the council must take another vote on the matter, WTOP says the statue unveiling is set for March 6 — Barry’s birthday.

Sounds about right for Washington, D.C.