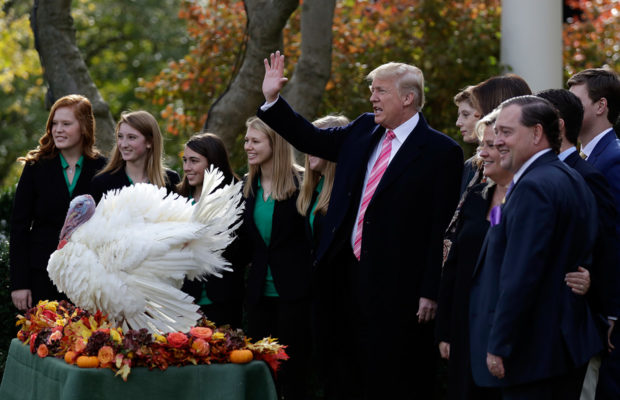 In his Oct. 3, 1789 proclamation, President Washington declared November 26, 1789 “to be devoted by the People of these States to the service of that great and glorious Being, who is the beneficent Author of all the good that was, that is, or that will be….”

President Washington, the “father” of our country, further spoke of the “duty of all nations to acknowledge the providence of Almighty God, to obey his will, to be grateful for his benefits, and humbly to implore his protection and favor….” 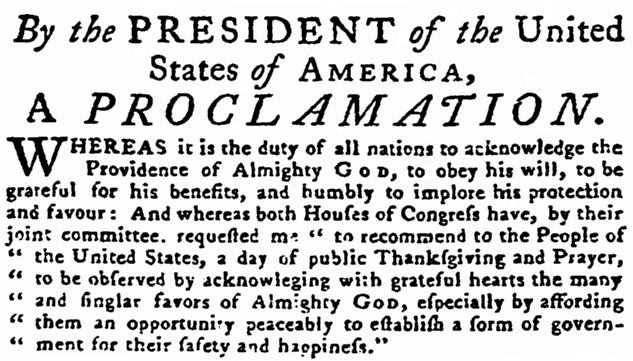 The proclamation calls for “a day of public thanksgiving and prayer to be observed by acknowledging with grateful hearts the many signal favors of Almighty God.”

The proclamation goes on to reference God in several ways, including “his providence,” the “great Lord and Ruler of Nations,” and references to God as he, him, his, and, at the end, “the year of our Lord.”

He mentions giving “thanks to Almighty God”; thanks “to God for these blessings”; the “Most High God”; we “seek God’s protection”; “thanks to God”; and “in the year of our Lord.”

In his final year as president Barack Obama referenced God only once in his 2016 Thanksgiving proclamation, and then only in the context of “the year of our Lord.”

President Obama did mention “the belief that all of us are created equal,” which comes from the Declaration of Independence, but he did not quote the full sentence, which reads, “We hold these truth to be self-evident, that all men are created equal, that they are endowed by their Creator with certain unalienable Rights, that among these are Life, Liberty and the pursuit of Happiness.”

The founders made it clear that men and women are created equal and that certain unalienable rights are given to mankind “by their Creator,” i.e., God.