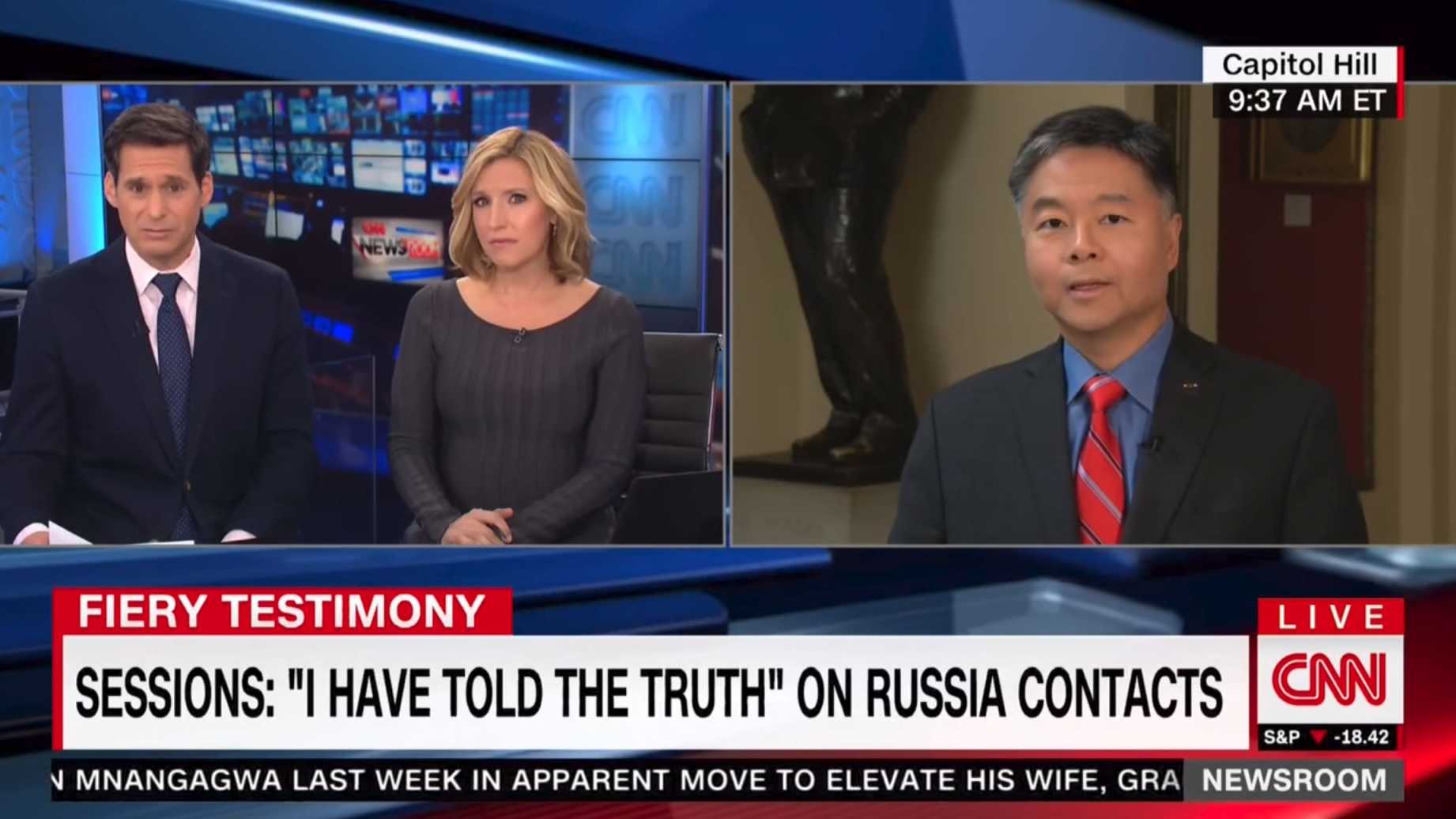 “Is that a grownup thing to do, Congressman?”

CNN anchors John Berman and Poppy Harlow called out Rep. Ted Lieu (D-CA) over inappropriate remarks he made about Attorney General Jeff Sessions on Tuesday – Lieu’s response was the definition of a train wreck.

During Sessions testimony this week in front of the House Judiciary Committee, Lieu was on his cell phone tweeting insults at the U.S. Attorney General, referring to him as a liar and comparing his appearance to a female actress who plays Sessions on “Saturday Night Live.”

“To prejudge his testimony, I mean, your tweets about him being a liar were before he even appeared in front of you,” Harlow began. “Why is that appropriate? Why prejudge him?”

Both CNN anchors criticized his statements by questioning his maturity level – it was at that moment that Lieu responded in the worst possible manner.

CNN calls out Ted Lieu for his remarks about Attorney General Jeff Sessions.

•Actions are justified as long as other people are doing it.

•Stoop down to the level of your opponent. pic.twitter.com/KIwAaXQWra

Recapping the premise of Lieu’s thoughts:

Below are the tweets that Lieu tweeted during Sessions testimony.

Brewing a tasty cup of @Keurig coffee to help get me through the Lyin' Jeff Sessions hearing that is about to start. Do you think @seanhannity covers this hearing or does he discuss the threat of emojis? pic.twitter.com/yUBnPu2kKO

Lyin' #JeffSessions takes the oath, which would be the necessary first step if he were to be prosecuted for perjury. pic.twitter.com/nghOuLCUZm