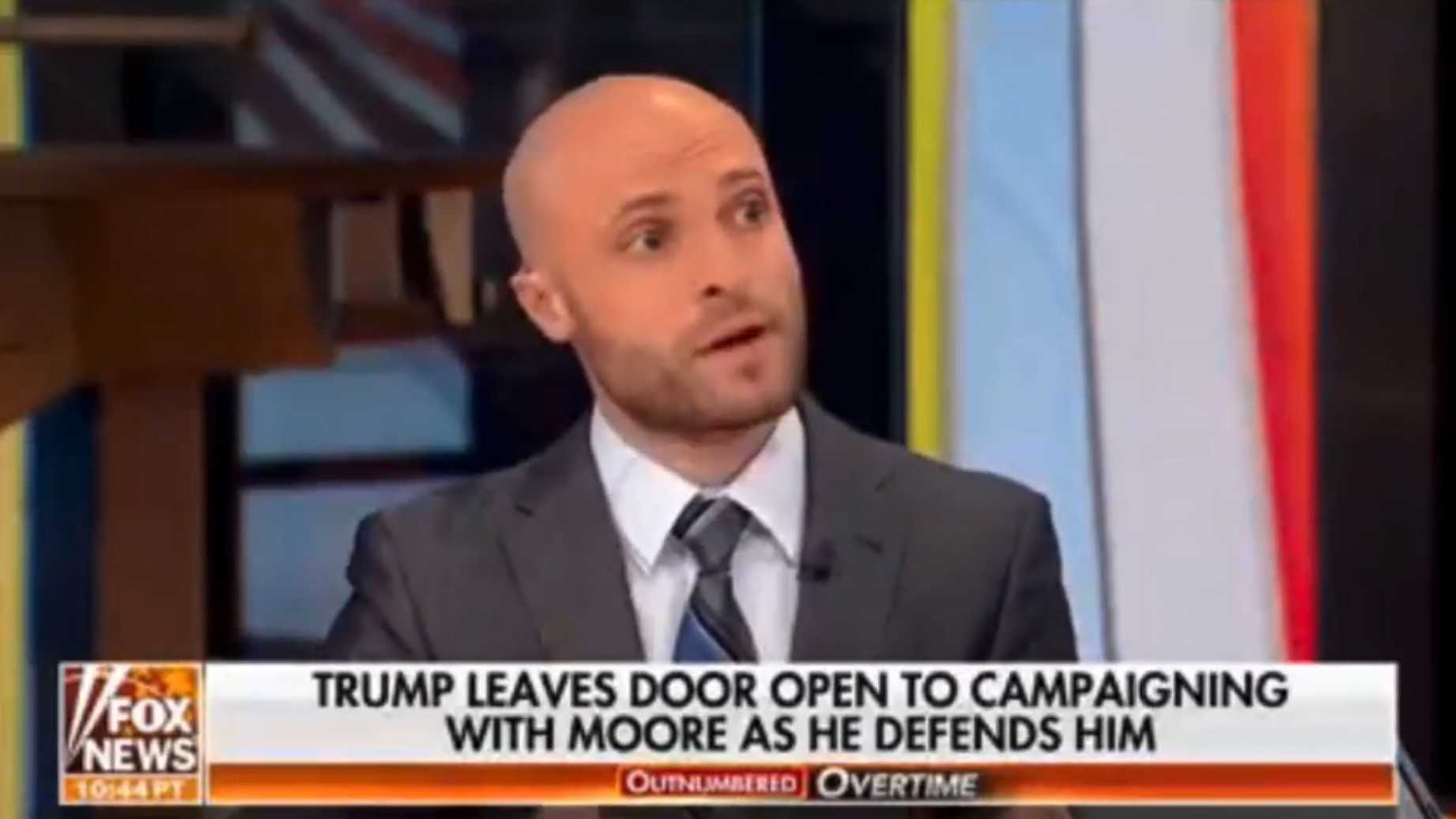 On Wednesday, Townhall’s Guy Benson, and Democratic strategist Zac Petkanas had a rather interesting exchange on “Outnumbered Overtime” on Fox News.

During a debate regarding the moral questions that have arisen in the Alabama Senate race, Petkanas repeatedly thrashed Roy Moore, calling him a “pedophile,” and “someone who wants to rape 8th-graders.”

As the conversation unfurled, and both sides noted that the women accusing Roy Moore appear credible, Benson posed a simple question to Petkanas, and the Democratic strategist refused to answer.

BENSON: I have made very clear that I am not a Moore supporter; I was not a supporter of his before all of this came out — to make that clear. … I think he was unacceptable to me as a Republican voter if I lived in Alabama – which I don’t – and it’s up to the people of Alabama. But there are some very serious charges against Roy Moore; I find these women [credible]. …

I understand why you’d be on a high horse, morally, about this because sometimes there are very bright distinctions when it comes to politics. But I would challenge you — maybe not directly, but a lot of Democrats — if Bill Clinton were up for election again — let’s say he ran for president and were the nominee in 2020. He was credibly accused of forcible rape. Would they vote for him over a Ted Cruz? I think history shows the answer is “yes.”

PETKANAS: Look, I was 15 years old when Bill Clinton left office. That’s the age when Roy Moore goes after most of his girls —

PETKANAS: So I can’t speak to that, however I —

BENSON: Would you vote for Bill Clinton if he ran again?

BENSON: So you wouldn’t vote for Bill Clinton for president against Ted Cruz?

PETKANAS: Would you vote for Donald Trump?

BENSON: I didn’t. Your question. Back to you.

PETKANAS: I think women need to be believed.