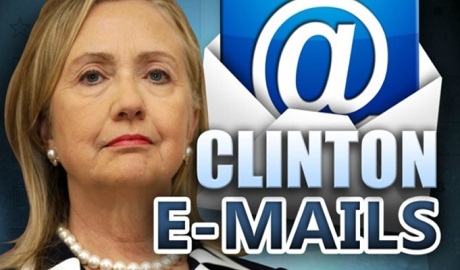 Watchdog groups are suing the State Department and the National Archives for the unredacted grand jury subpoenas issued in the Clinton email investigation.

Cause of Action and Judicial Watch filed a reply brief in the United States District Court Friday seeking the full record of subpoenas that were issued in an attempt to recover former Secretary of State Hillary Clinton’s emails from her BlackBerry.

“The FBI’s revelation that grand jury subpoenas were issued during its investigation of Secretary Clinton’s emails revealed a criminal component,” said John J. Vecchione, Cause of Action Institute president and CEO. “Details of these subpoenas could be critical to our case to recover those emails.”

Priestap’s declaration was filed in secret, with no Cause of Action or Judicial Watch lawyers present. The declaration is also heavily redacted, leaving out the targets of grand jury subpoenas.

“But the government has taken a step back behind the curtain and submitted a supplemental declaration, in camera and ex parte, meaning only the judge and the government’s lawyers are allowed to see it,” Vecchione said. “We can only surmise the declaration shows that the FBI issued subpoenas to the service providers in search of Ms. Clinton’s BlackBerry emails.”

Cause of Action and Judicial Watch are seeking Priestap’s unredacted declaration that would shed light on the government’s attempt to recover Clinton’s emails.

“Without access to the un-redacted declaration, we cannot know the scope of those subpoenas, nor will we be able to contest the relevance of new facts,” Vecchione said. “The public interest in learning the extent of the government efforts to recover unlawfully removed records and basic notions of fair play outweigh the need to protect grand-jury secrecy, the existence of which the government has already revealed.”

“The government should not be permitted to use the grand jury information as a sword and also shield it from public view,” he added. “Anglo-American law frowns on litigation through secret filings. Accordingly, the Court should require the government to open the curtain, so we can properly respond to the new evidence.”

A federal judge will now rule on the motion filed by Cause of Action and Judicial Watch, with no timeframe yet for the decision.

Washington Free Beacon Editor-in-Chief Matthew Continetti filed a declaration in support of Cause of Action and Judicial Watch because of the “significant public interest” regarding the Clinton email investigation and its implications for national security.

“It is essential for the public to understand the full scope and breadth of the FBI’s investigation into Secretary Clinton’s email server for the public to make an informed decision about what transpired during Secretary Clinton’s service at the State Department,” Continetti said. “I believe the information sought by Plaintiffs would be of significant public interest and of interest to the readers of the Washington Free Beacon.”

“In more than a decade of writing about politics and government affairs, both at the Washington Free Beacon and at other publications, I have seen few issues capture and hold the public interest as extensively as that of Secretary Clinton’s emails,” Continetti said. “Increased public knowledge about her use of a private server and the FBI’s investigation into it will serve well our readers and the public as they make decisions about their government.”