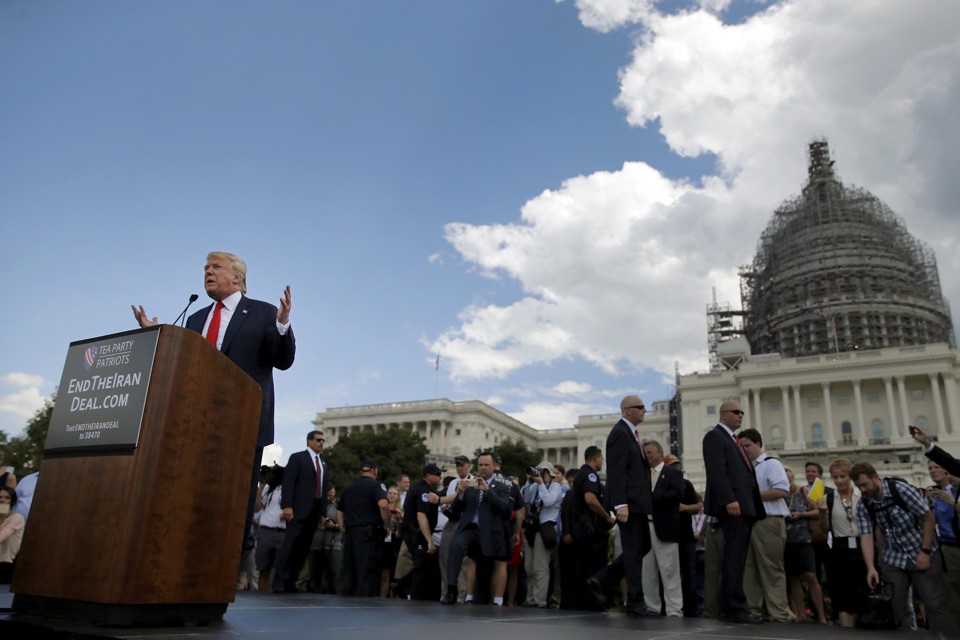 This is not about tying the hands of POTUS; this is about empowering with clarity of mission and united resolve.

The only thing worse than not having a strategy in the Middle East is sending our troops into harm’s way indefinitely without a strategy or even an understanding of who we are fighting and who we are supporting. The lack of concrete guidance from Congress has allowed the war on terror to drift and self-immolate.

Over the past few decades, our foreign policy has operated much like our domestic policy — it has been an utter failure. Much like domestic government programs, our foreign policy is completely backward and harms our national interests, but we continue to perpetuate the same policies because of the incumbent powers and special interests in charge.

Moreover, we are called upon to further bail out and treat the endless symptoms of those policies, rather than reviewing the source of the problem. Much like federal intervention in housing, education, and health care, our nation-building in Baghdad and Kabul have become too big to fail, even though the region has changed completely since the original mission.

It is in this vein that Sen. Rand Paul, R-Ky., offered an amendment to the defense authorization bill (NDAA), in order to inject a much-needed debate over our involvement in the Middle East after 15-16 years of failure. Sen Paul’s amendment would sunset the twin authorizations of military force (AUMF) Congress originally granted the president for the wars in Afghanistan and Iraq. The amendment was defeated 61-36.

Some conservatives might not want to carte blanche remove reauthorization without proposing a new one refocusing our military’s priorities. However, even those who opposed Rand’s tactic or are concerned that he might not be tough enough on the true threats of Iran and North Korea, must agree that the time has come to update the AUMF and finally force a national debate on what we are doing in the Middle East.

Let’s put the original debate over our investment in those two theaters on the shelf for a moment. The authorization of military force in those two countries was clear: kicking out the Taliban in Afghanistan and removing Saddam Hussein in Iraq. Fifteen years later, we have a muddled mess in Afghanistan and a complete opposite dynamic in Iraq than the one that originally involved our military.

While the 2001 AUMF also tasked the president with destroying the terrorists behind 9/11, between regime changes, changes in terrorist organizations, and multiple civil wars between various groups (all enemies to the U.S. but not all posing equal strategic threats) the entire geo-political structure has changed so much. The time has come to properly articulate on paper what and who we are fighting or supporting, as well as a strategy to place our interests first.