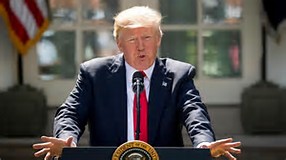 President Donald Trump’s decision to rely on an outside lawyer as he confronts multiple Russia probes may help him avoid a trap that befell President Bill Clinton during the investigations of the 1990s: being forced to hand over notes or provide testimony about meetings that took place in the White House.

A pair of legal showdowns between Whitewater special prosecutor Ken Starr’s office and the Clinton White House two decades ago erased the idea that presidents and their aides are protected by attorney-client privilege when talking with government lawyers.

That means, effectively, that special counsel Robert Mueller — who’s overseeing the investigation into contacts between Trump associates and Russian officials in the 2016 election — would likely be able to get access to the notes or testimony regarding communications among Trump, his aides, and White House lawyers such as Don McGahn.

However, communications directly with Marc Kasowitz, Trump’s personal attorney who’s been tapped to lead the group of lawyers representing the administration in the Mueller probe and related congressional investigations, would be easier to shield.
Jane Sherburne, a veteran of legal fights from Clinton’s White House, said it appears that Trump’s team is upping its chances of successfully arguing that Mueller can’t touch White House conversations about how to handle the Russia investigations, as long as Kasowitz is involved.

“They may have concluded their case is strongest if these communications are contained or managed by the president’s personal lawyer and not by the White House,” Sherburne said.

In 1997, the St. Louis-based 8th Circuit Court of Appeals rejected the White House bid to withhold notes Sherburne and others took relating to Starr’s questioning of then-first lady Hillary Clinton about the suicide of White House lawyer Vincent Foster and about the discovery of long-missing Rose Law Firm billing records in the White House residence. The White House asked the Supreme Court to take up the issue, but it declined.

Another battle took place the next year, when Starr tried to force the testimony of longtime Bill Clinton aide and lawyer Bruce Lindsey before a grand jury exploring Clinton’s affair with Monica Lewinsky. The D.C. Circuit ruled that any privilege must yield to a criminal investigation. The Supreme Court again declined to step in.

At the time, the rulings were celebrated by Republicans, including some who are now close political allies of Trump.

“The White House’s plan, all along, has been to delay, delay, delay, obstruct, obstruct, obstruct and build those stonewalls whenever they can,” conservative strategist David Bossie, now an outside adviser to Trump, said on CNN when the White House lost the Lindsey fight in 1998. “There’s no holds barred for Ken Starr. … He’ll call anyone he wants. … Criminal investigation, therefore, there is no attorney-client privilege.”

Bossie, who served as Trump’s deputy campaign manager and was repeatedly mentioned as a contender to run a White House “war room” pushing back against the Russia-related onslaught, did not respond to requests to comment for this story.

Some Democrats have noted the irony that those who crusaded for details of Clinton’s alleged misdeeds now must deal with the legal fallout that limits Trump’s options to deal with his current predicament.

“Those who celebrated disclosure victories in the ’90s surely are facing the irony of being haunted by them today,” said Sherburne, a White House special counsel who handled ethics issues under Clinton. “Exploiting a political scandal produces short-sighted tactics that can have lasting results.”

Not all in the GOP hailed Starr’s victories over the Clinton White House. In 1997, Reagan White House counsel A.B. Culvahouse, Nixon Attorney General Elliot Richardson and Ford Transportation Secretary William Coleman joined with Democratic attorneys to warn the Supreme Court that it would be unwise to deny White House or government lawyers more generally the ability to have privileged conversations with staffers.

While the Trump White House appears to be responding to an understandable impulse to push the so-called scandal matters to outside lawyers, legal experts say there are limits and hazards to that approach.

“It does create a real tension that on the one hand for the purposes of protecting privilege you want to limit things to private lawyers, but that really makes it unwieldy and difficult for the government officials involved to do their jobs,” said Michael Forde, a Chicago attorney who has advised public officials such as Chicago Mayor Rahm Emanuel.

One danger is pushing too much responsibility to Kasowitz, who may face challenges interfacing with White House staffers other than Trump as well as with officials at federal agencies like the Justice Department and FBI. Some lawyers said it is even possible Kasowitz could be deemed a White House staffer if he takes on too large a role.

“Kasowitz cannot advise these people on how to perform their official duties,” said former Bush White House ethics lawyer Richard Painter, now with Citizens for Responsibility and Ethics in Washington. “Ethically, Kasowitz cannot be talking to these people without the permission of White House counsel. … It would be highly irresponsible for Don McGahn to give such permission and not have a White House Counsel’s Office lawyer sitting in the room.”

Lanny Davis, who served on the Clinton White House team handling scandal-related matters, said protecting the secrecy of legal strategy could be tricky for Trump, especially given his penchant for holding freewheeling meetings.

“They’ve got to be very careful because waiver is very easy and can even be unintentional. If you’re sitting in the Oval Office with Kasowitz and he’s talking to Donald Trump and [press secretary Sean] Spicer walks into the room … that discussion could be subject to compelled testimony,” said Davis, who now runs his own crisis communications firm.

Tensions between White House counsel and outside lawyers are also common, since the government-paid team is often more responsive to political concerns while the outside lawyers tend to be focused more on avoiding criminal liability.

“The outside lawyers will always say, ‘Don’t you dare comment, and the president is not going to answer any question about anything investigated by Mueller.’ … And Kasowitz is going to have nobody on the opposite side as stubborn and powerful enough to overcome his advice,” Davis said.

Paul Rosenzweig, a deputy to Starr, said the state of the law tends to give the lawyers dealing with the criminal inquiry the upper hand, even though politics is a significant part of the broader battle Trump finds himself in.

Despite the legal concerns about privilege, many White House veterans insist it is essential for Trump to designate people inside the White House to deal with the congressional and Mueller probes on an ongoing basis.

“They need to create a quarantine ward here, with lawyers and press people who can be responsive and at the same time make sure all these investigations that are going on don’t paralyze the White House and the government in terms of getting the business of policy done,” said Jack Quinn, a Clinton White House counsel.

Sherburne predicted that the Trump White House will at some point settle on a dedicated “war room” model, notwithstanding the legal risks.

“What they are trying to achieve by arrangement where Trump’s personal counsel leads the response effort simply won’t work,” she said. “In the end, it all comes out.”