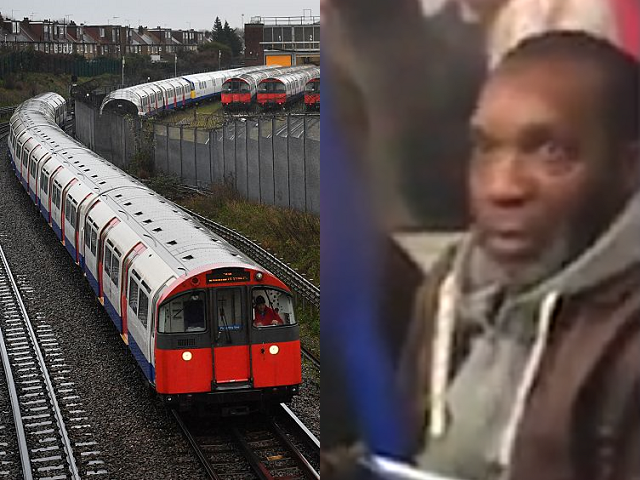 A black man has been recorded launching a furious, racist tirade against white commuters on the London Underground and asking to fight them.

The shocking video, which was passed to the MailOnline website, was shot surreptitiously by another passenger on the Victoria Line.

“I can do what I want!” he screams at an unseen passenger as the video begins, lurching forward in his seat. “Don’t talk! Never talk! Shut your mouth!”

The man settles back in his seat and becomes briefly calm, telling another passenger: “You’re all right, you’re a foreigner man.”

He quickly works himself into a state of high agitation again, however, saying: “You hear me, white people are devils,” to no-one in particular.

“White people are drunkards, innit,” he rants. “They’re alcoholics, innit … Nothing happens in a white man’s life or a white woman’s.”

Apparently his comments that white people would "all geddit" were taken out of context https://t.co/uJeQpS3BTk

He turns to an unseen woman and tells her: “There’s nothing happening at home, is it? Boring old bat. You’re white, nothing goes on in your life — apart from the pub. Everybody knows about white people, you’re alcoholics.”

Another man out of camera shot says something inaudible to the ranting passenger, who quickly becomes aggressive again.

The response of the man being threatened is unclear, but the racist passenger continues: “Do you want to fight? You want to fight me?” he asks over and over again, before the video cuts out.

The anonymous eyewitness who filmed the video told MailOnline that the aggressive male was “first seen targeting a young suited man before continuing onto monologue his racist opinions to the tube”.

She added: “I work in North London so I get on this line most days. I had my headphones in listening to music when I heard shouting from down the carriage.

“I thought I would record it just in case something happened. To begin with he was shouting at a young man, I can’t remember what he was saying but it was intimidating.

“I think everyone was just a bit uncomfortable and worried about what he was going to do next. Was he going to punch someone or did he have a knife?

“Everyone else was reassuring each other though by making eye contact. I asked the first victim if he was okay.”