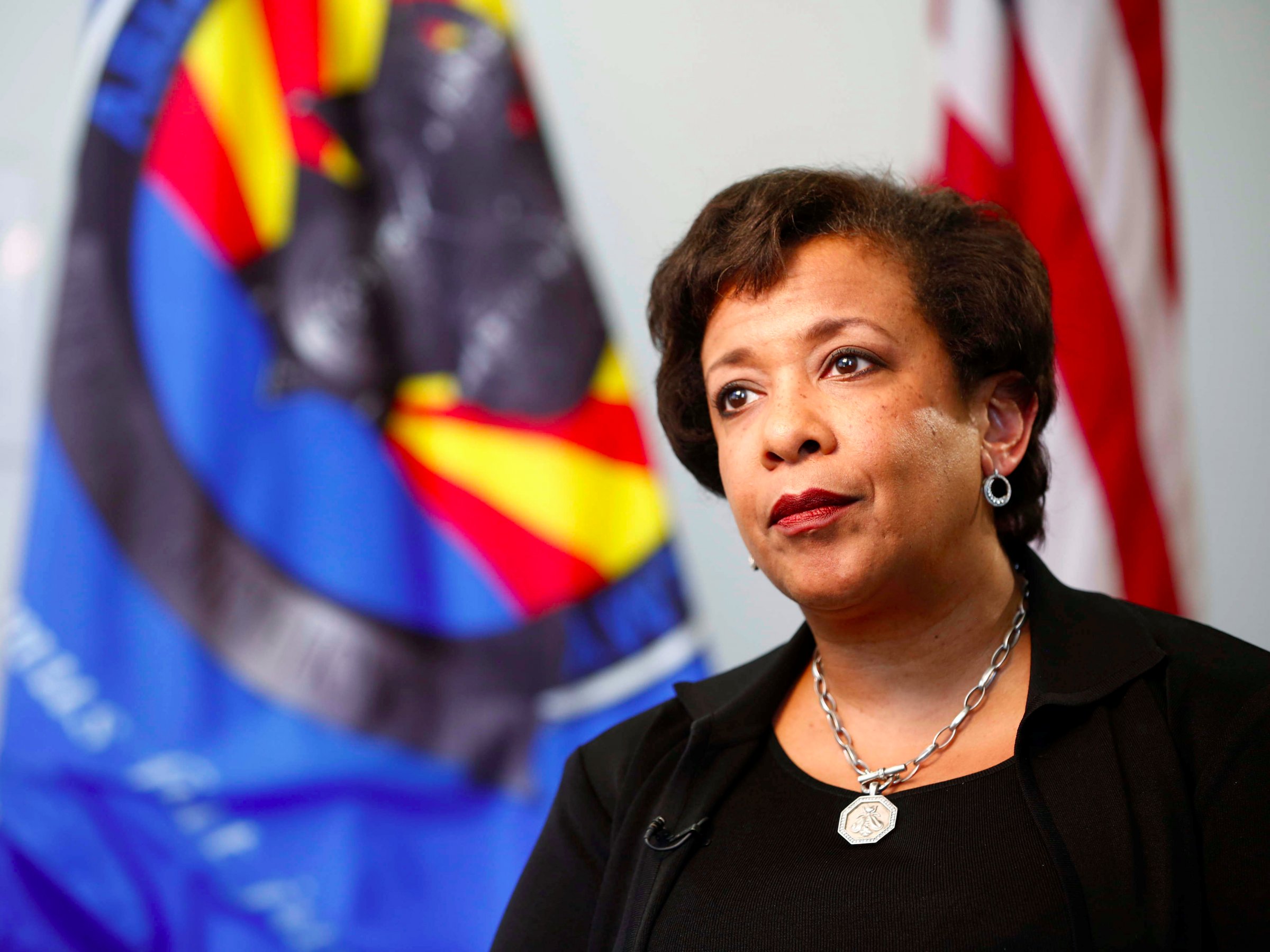 With everyone now rummaging through every document, intercept, and memo for something, anything tying Trump to Russia, The Hill’s John Solomon and Jonathan Easley have unearthed details that show the Russian lawyer who penetrated Donald Trump’s inner circle was initially cleared into the United States by Loretta Lynch’s Justice Department under “extraordinary circumstances” after she had initially been turned down.

Simply put, as The Hill notes, this revelation means it was the Obama Justice Department that enabled the newest and most intriguing figure in the Russia-Trump investigation to enter the country without a visa.

The Moscow lawyer had been turned down for a visa to enter the U.S. lawfully but then was granted special immigration parole by then-Attorney General Loretta Lynch for the limited purpose of helping a company owned by Russian businessman Denis Katsyv, her client, defend itself against a Justice Department asset forfeiture case in federal court in New York City.

During a court hearing in early January 2016 as Veselnitskaya’s permission to stay in the country was about to expire, federal prosecutors described how rare the grant of parole immigration was as Veselnitskaya pleaded for more time to remain in the United States.

“In October the government bypassed the normal visa process and gave a type of extraordinary permission to enter the country called immigration parole,” Assistant U.S. Attorney Paul Monteleoni explained to the judge during a hearing Jan. 6, 2016.

“That’s a discretionary act that the statute allows the Attorney General to do in extraordinary circumstances. In this case, we did that so that Mr. Katsyv could testify. And we made the further accommodation of allowing his Russian lawyer into the country to assist,” he added.

The prosecutor said Justice was willing to allow the Russian lawyer to enter the United States again as the trial in the case approached so she could help prepare and attend the proceedings.

But just five days after meeting in June 2016 at Trump Tower with Donald Trump Jr., presidential son-in-law Jared Kushner and then Trump campaign chairman Paul Manafort, it seems the Justice Department had lost track of her… (as The Hill details)

Moscow attorney Natalia Veselnitskaya showed up in Washington in the front row of a House Foreign Affairs Committee hearing on Russia policy, video footage of the hearing shows.

She also helped arrange an event at the Newseum in Washington, D.C. where pro-Russian supporters showed a movie that challenged the underpinnings of the U.S. human rights law known as the Magnitysky Act, which Russian leader Vladimir Putin has reviled and tried to reverse. About 80 people, including congressional staffers and State Department employees attended the viewing at the Newseum.

At least five congressional staffers and State Department officials attended that movie showing, according to a Foreign Agent Registration Act complaint filed with the Justice Department about Veselnitskaya’s efforts.

And Veselnitskaya also attended a dinner with the chairman of the House subcommittee overseeing Russia policy, Rep. Dana Rohrabacher (R-Calif.) and roughly 20 other guests at a dinner club frequented by Republicans.

All of which was a far cry from the narrow reason the U.S. government initially gave for allowing Veselnitskaya into the U.S. in late 2015, according to federal court records.

“There’s zero doubt that she and her U.S. colleagues were lobbying to repeal Magnitsky or at least ensure his name was removed from the global law Congress was considering,” said U.S. businessman William Browder, who was the main proponent for the Magnitsky Act and who filed a FARA complaint against Veselnitskaya, Dellums and other U.S. officials claiming they should have registered as foreign agent lobbyists because of the work.

Furthermore, as The Hill notes, the U.S. Attorney’s office in New York confirmed Wednesday to The Hill that it let Veselnitskaya into the country on a grant of immigration parole from October 2015 to early January 2016.

Justice Department and State Department officials could not immediately explain how the Russian lawyer was still in the country in June for the meeting with Donald Trump Jr. and the events in Washington D.C.

Maybe Washington is a “sanctuary for Russian operatives” City?

We look forward to the hearing where Lynch has to explain how she gave this “russian operative” special access to America, then lost track of her, only to discover her again via NSA intercepts, trying to pitch Magnitsky Act repeal to Trump Jr.